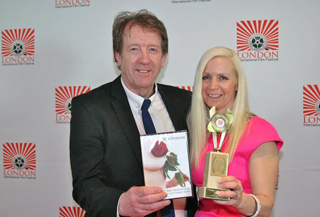 Rosa Hughes, an inspirational lady who for years now has passed on ideas to improve one’s health holistically but also targets improving breast health. Rosa’s November campaign is the focus of our article this month. After she discovered a lump in her breast 2006, she embarked on a total lifestyle change including thermal imaging as described in my article of August this year. She also won with her husband the Scientific & Education Award for our film “The Promise – The Truth about the Routine Breast Screening Program.”

Her campaign this month includes changes in diet, exercise, use of cosmetics, ridding yourself of stress and cleansing techniques to detoxify your body. The activity I will pick up on is an old Ayurvedic tradition of oil pulling or gargling that dates back 3000 years but has seen a revival in the press and articles this year. The modern day revelations relate back to 1992 when Dr. F. Karach found this technique to not only help oral hygiene but also cure a variety of ailments; namely for him a chronic blood disorder of 15 years duration and within three days it cured his arthritis, that at times was so painful he was bed-ridden. Subsequently, he successfully used the method in his medical practice. 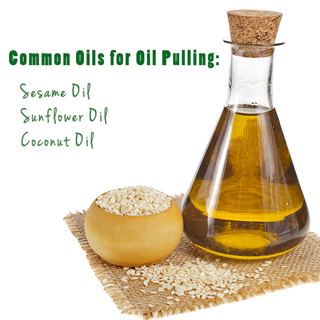 Dr. Karach’s method of oil pulling consists of swishing unrefined, cold-pressed vegetable oil in the mouth. The oil is “worked” in the mouth by pushing, pulling, and drawing it through the teeth for a period of 15 minutes; not gargling. When you put it in your mouth and work it around your teeth and gums it “pulls” out bacteria and other debris. This process makes the oil thoroughly mixed with saliva. He says swishing activates the enzymes and the enzymes draw toxins out of the blood. As the process continues, the oil gets thinner and white, keep swishing until the oil is no longer yellow. When Karach first examined the gargled milk-white oil under a microscope with 600 magnification he saw live organisms swimming in it. He explained that these toxic bacteria-embryos can cause diseases if not eliminated.

Questions have been asked about the validity of his claims and some find it difficult to swish vegetable oil around their mouths for 20 minutes without gagging. It is important to remember not to swallow – always release through spitting out and not in the sink as it can block drains if it solidifies again. Through additional research an interesting addition I have found is strengthening of the lower jaw muscles leading to tightening of one’s jowls and stimulation of the vagus nerve that transmit impulses strengthening functions and the health of: senses, blood pressure, heart rate, digestive organs and taste. Maybe this is how benefits were found in a numerous range of conditions? 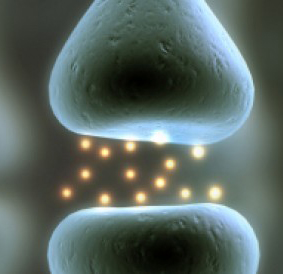 The value of Placebo could also be considered a study done in United States of America in 2007 showed the power of positive thought and of our neurotransmitter dopamine. When some patients on the trail were told they were given a pain reliever, their levels of dopamine were monitored with positron emission tomography (PET) scans.

The scans showed that half of the participants who believed they were receiving painkillers reported feeling significantly less pain than did other volunteers. Their dopamine levels were noticeably higher (than that of the others) from the moment they were told they were receiving authentic painkillers. Neuroscientist and radiologist Zubieta from the study explains “The placebo effect is a resiliency mechanism in the brain. … You don’t [really] need medication you simply need to be convinced that something is going to work.” The power of the body! 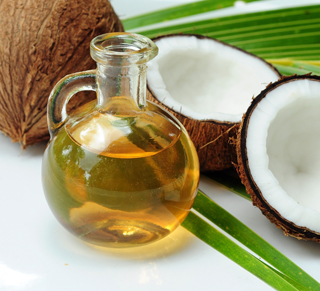 This therapy isn’t just based on pseudo-science but recognised as being beneficial against gingivitis, plaque and micro-organisms that cause bad breath by the fatty membrane of these single cells naturally adhering to those of the oil. Webmd recommends Coconut oil again rather than sesame or sunflower oils due to the added value of Lauric acid in its molecular structure that is well-known for its anti-microbial agents.

Do hope this may have been of interest and include further investigation of the links provided.