For Nicola Davies, Practice Manager at Roseland Surgeries, it started with a simple Tweet!

The background to the story is that every September, the Surgery starts booking locums for the following year (especially focusing on school holidays!)  They have locums booked for the usual sessions, but then, following Dr Jacoby handing in his notice, they have sessions not covered that they hadn’t predicted.

The new doctor at the Surgery will be covering 2 full days, so they are short. Whilst this is not a disaster, when you add in the additional workload of summer, they do need additional bodies if they can get them.

Nicola exhausted every usual avenue but, rather disappointingly, out of 7 new locums she had emailed last week, only one responded and that was to say she had relocated to Devon! 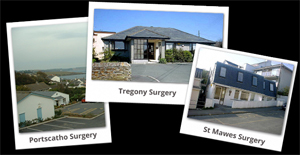 She then had to have a think about what to do next and so posted a tweet which said if there were any doctors coming down on holiday and wanted to earn a bit of cash towards the cost of their holiday accommodation, then they should call!  She included a lovely photo of Portscatho and thought no more would come of it.

Lo and behold, it all went mad………..she has to date had over 1000 likes and almost 200 re-tweets, several messages of potential locums, though whether she’s successful depends on whether the dates of their holiday and her needs match.

The BBC picked it up and ran a story on their website ………… subsequent to this she has been interviewed by ITV, The Times, The Telegraph, The Independent, and Pirate FM……. Needless to say, the interviews are chopped and edited to fit their story, but she expects that; she has also had some fabulous help from the NHS Kernow Head of Comms with support and advice on how to deal with the requests.

Speaking to Roseland Online Nicola commented, “on the back of this, if we show someone how wonderful this place is to live and work, then we might attract more doctors into the county and that can only be a good thing!”