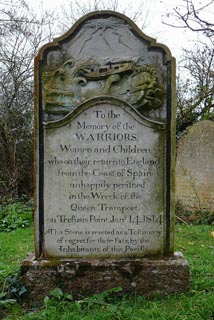 On the 2nd of March 1855 an inquest was held at Truro. ‘St. Anthony in Roseland, on the body of a man found washed ashore on Towen Beach in that Parish the preceding day. The only clothes he had on were a blue worsted stocking and shoe on the left foot, and a wristband of a woollen shirt on each wrist; on neither of which was there any mark, and there were no other means of identifying the body. Verdict, “found washed up.”

This unfortunate man would have joined at least 3 other unidentified drowned persons buried in St. Anthony Churchyard. At Gerrans there were 13 such internments four of which belonged to HM Schooner Pigmy.

At St. Just in Roseland a further 27 from various wrecks and it must have been a similar story all around the Cornish coast. It was not until July 1808 that an Act of Parliament was passed stating that all bodies which were washed up on the shore whether identified or not were to be given a Christian burial. Previously to this the unfortunates were buried on the cliff-tops and our coastal paths must be littered with their graves.

The chief sponsors for the Bill were Helston solicitor Thomas Grylle and MP Davies Gilbert. A reward of five shillings was rewarded to someone finding and reporting a body on the beach and a fine of at least five pounds for failing to do so. It then became the reasonability of the church or the Lord of the Manor to ensure that the bodies were buried in the churchyard.

When the Kings galley ‘Royal Anne,’ bound for Barbados was wrecked on the Stags reef on the Lizard in 1720 her Captain, all of lieutenants, twenty four Gentlemen and Lord Belhaven plus two hundred and seven members of the crew were drowned. Most of the bodies were recovered and buried in a cliff-top grave at Pistol Meadow.

The ‘Queen,’ which had had a rough passage from Lisbon arrived at Falmouth on 10th January 1814 Captain Carr and his crew must have breathed a sigh of relieve. Their contentment however was to be short lived. After three days with a mounting strong easterly wind she began to drag her anchor. She was blown onto Trefusis Point at 4.30 am with snow falling, nearing blizzard conditions. Huge waves crashed down on the deck carrying everyone there over the side and as the water poured down the hatchways panic took hold. An attempt was made to fire a cannon but the sea had swamped the guns.

Captain Carr ordered the masts to be cut away but as they gave way the ship rolled heavily and the guns broke free crushing all before them and the hull gave up her fight. Some of the troops managed to get ashore and daylight brought the true horror of the situation. Many bodies were washing around in the shallows and many more lay dead and tangled in the fallen rigging. Only eighty five soldiers, nine women, one child and four prisoners survived; the Captain and the remaining members of the crew were lost.

Two hundred and fifty bodies were recovered but not before a good deal of looting had taken place, and a number of troopers were later tried by court martial for robbing the dead. A total of one hundred and thirty six bodies were laid to rest in a mass grave in Mylor Churchyard. A memorial erected by villagers reads, ‘To the memory of the warriors, women and children who, returning from the coast of Spain unhappily perished in the wreck of the Queen, transport, on Trefusis Point, January 14th, 1814. This stone is erected as a testimony of regret by the inhabitants of this parish.’ 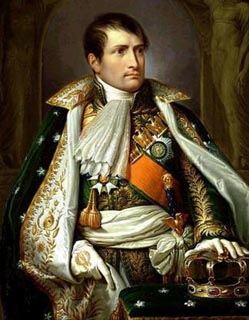 The notorious Manacles have through the years claimed over 100 ships and almost 1,000 lives with the loss of the ‘Primrose’ and the ‘Dispatch’ being amongst the most tragic. In January 1809 the remains of the British army under the command of Sir John Moore retreated across the mountains of Northern Spain, pursued by a vastly superior French force led by Napoleon Bonaparte. The British, battle weary with many men barefooted finally reached Corunna. While a fierce rearguard action was being fought above the town the majority of the men boarded Admiralty – hired transport ships. The greatly depleted 7th Dragoons boarded the ‘Dispatch,’ commanded by Captain Barclay (above) with three officers, seven two men and thirty six horses. Dodging heavy gunfire from the French shore batteries she sailed for home on the 14th January.

The following Sunday she encountered snow and a strong easterly gale, and by the morning of the 22nd was being driven towards the Cornish shore on Lowland Point between Coverack and Porthoustock where she broke up. Villagers tried in vain to launch a boat to go to her assistance. News then reached them that another wreck had taken place at the northern end of the Manacles. Six fishermen from Porthoustock, George and Edward Tonkin, Stephen Old, Bartholomew Tripp and William and Joseph Matthews took the largest boat in the village and set off in search of the wrecked ship. They returned hours later tired and drenched to the skin with the sole survivor a drummer boy named John Meaghen. He told his rescuers that he was from H.M.S ‘Primrose’ bound for Spain.

The 100ft long ‘Primrose’ had been built at Fowey the previous year by Thomas Nickells and was carrying 126 officers and 6 passengers. The morning light revealed a great many bodies of horses and men washing around close to the shore. Only seven had survived from the ‘Dispatch’ and only the drummer boy from the ‘Primrose’.

The six local men who had risked their lives to go the aid of the ‘Primrose’ each received 10 guineas for their bravery. Among those who drowned aboard the ‘Dispatch’ were Major Cavendish, the twenty year old son of Lord Cavendish and Lieutenant the Honourable Edward Waldgrove, third son of the forth earl of Waldgrove.

The exact number of seamen on these two ships was never disclosed but is thought that at least 270 persons drowned with only 110 being recovered, 104 of those being buried in St. Keverne churchyard. A large memorial tablet was placed in the church donated by the regiment. Some years later the memorial was removed to a private house near Helston. At St. Keverne churchyard a stone cross remembers those lost on the ‘Primrose’ and a 32 pounder ‘carronade’ which was recovered by divers in 1978 stands by the Lych Gate. A ‘carronade’ is a short smoothbore cast iron cannon. The shipwreck museum at Padstow also has a 90mm bore brass boat gun from HMS Primrose. 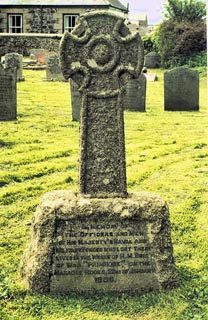 Probably one of the most interesting descriptions of an unknown washed up on our shore appeared in the West Briton 3rd May 1844. ‘At Portscatha, in Gerrans, on Wednesday last, (an inquest) on the body of a man that had been washed ashore the day before. It appeared to be about 30 years of age, and is supposed to have been in the water about a fortnight. The body had on a red undershirt, with a blue striped one over – a black flowered silk stock – striped drawers – corded woollen trousers – blue ribbed stockings, with white tops – boots laced at the side with flat silk lace – and a blue beaver or pilot cloth waistcoat. In the trouser pocket, a purse was found with three black and lavender stripes, gold bead tassels, and gilt slides, containing a half sovereign and ten shillings in silver, among which was a remarkable crooked sixpence. In the waistcoat pocket, there were 11d in copper, two foreign coins, one of which was Spanish, and a knife with four blades, two of which were broken. Verdict, Found drown.’

With such a detailed description you could almost imagine him jumping out of the pages of Robert Louis Stevenson’s Treasure Island. With that amount of money in his purse it’s hard to believe he was an ordinary seaman but his identity will I suppose, always remain mystery.