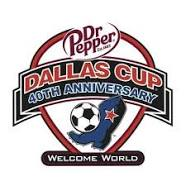 Joseph Tilley of Truro College who was sponsored by Roseland Online along with others, was invited back to the highly prestigious Dr. Pepper Dallas International Football Cup in April 2019 with the Truro College team. We recently caught up with Joseph to hear about his trip.

“My trip started off with a 5-hour coach journey up to Heathrow, I would then fly from there to New York.  I stayed in New York for 4 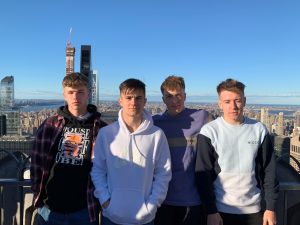 days, seeing the lovely sights such as the Empire State Building, the Statue Of Liberty, the Rockefeller and the 9/11 Memorial.  I then had a 4-hour flight down to Dallas where I stayed with a great American family right in the heart of Dallas. 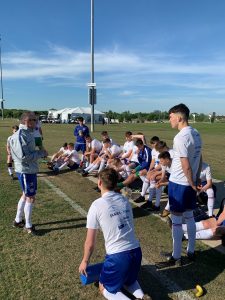 with other countries from all over the world.  On Monday was our first game, this had to be postponed due to thunderstorms and tornado warnings. We finally kicked off our tournament in the U18 category playing our first game in which we drew 1-1 with Cedar Stars Academy after conceding a late 90th-minute equaliser.

“In our second game we convincingly beat Paso Del Norte 2-0, and in our final game, needing to win as only 1 team qualified, we beat Liverpool Bay Area Academy 3-0. This meant we progressed to the quarter finals, unfortunately losing narrowly to the eventual finalists FC Dallas 2-1 after their 96th-minute winner.

“It was a big shame as we felt we could have gone all the way however it wasn’t to be. I had an amazing time with the family in Dallas 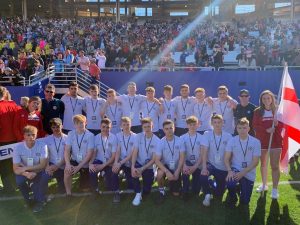 learning about their culture whilst teaching them about mine.

“In between the matches we managed to do many activities,  I was able to watch the Texas Rangers Baseball Game, watched a High School soccer match, visited the JFK Memorial and went to an Easter Sunday Church Service with my host family.  After watching the final it was time for the 8 and a half hour flight back to Heathrow.

“The time spent in New York and Dallas have both given me lots of memories that I will keep with me forever.  Without the help, support, sponsorship and donations given to me this trip would not have been possible so I thank everyone who contributed in any way.”

If you live on the Roseland and have a trip or charity event that might need sponsoring, please feel free to contact us and we’ll be happy to consider a sponsorship.