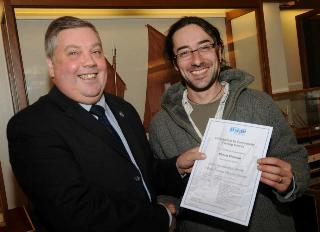 February’s been an exciting month for us. As far as the boat build’s concerned, everything’s progressing well. Si finished his Introduction to Fishing course in Newlyn, crisp new certificate in hand and spent the second part of the month checking his design, adding in extra details and making it into kit form. We’ve had one final model cut at fifth scale to the same pattern we will use for the boat’s frame and jig at full size, and having made a few small modifications in the light of that we’re now ready to go. We’ve found the perfect place to build our boat and we’re looking forward to fitting the first bit of wood together. Despite having been involved in the design of a few boats that have been built already, it will be the first time for Simon that one of his original designs comes to fruition from scratch and I couldn’t be more proud! So with luck our next update will see us some way down the line in our boat build with frames cut and assembled. Fingers crossed…. 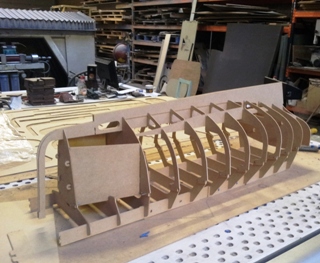 With boat building and superstitions in mind, I remembered this week that 2012 is a leap year. I’m glad of this; the way time is flying we need all the extra days we can get. However, not only that, but it is looking increasingly likely that our boat will be starting out her life (in the shape of several pieces of cut plywood) on 29th February itself. Now I know the real birthday for our boat will be her launch day, but I feel that surely a little bit of her will be born the day the first panels get cut. And if this is the case, not only will it make her a ‘leapling’ (exciting new word), but unless you are from Greece or Scotland, it will make her lucky. As we are neither Greek nor Scottish (well, not much), this should be a good day to make a start. 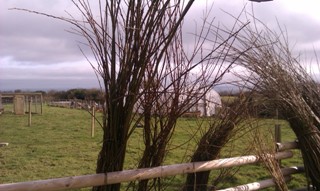 Luck has an important part to play in the life of a fishing boat – or any boat for that matter – and no more so than when you come to name her. We’ve been trying to think of what to call our little boat, and so far we’ve come up with a long list and no decision. There are several criteria. Traditionally fishing boats carry names that relate to an auspicious quality the owner is hoping for; an attribute that bodes well for the boat’s welfare and success (Fruitful Harvest, Lively Hope, Happy Dawn). They might be named after family members, or else have biblical or historical connections (Our Daughters, Grace Darling, Kindly Light). Regardless of name, boats are always female. The reason for this is disputed, but it is thought that this may be due to the original (female) gender assigned to the word ‘boat’ in Old English. Other theories suggest that it is because boats in ancient civilizations were always named after goddesses, and the ubiquitous nautical tea towels will have you believe that it is because both women and boats take a lot of paint to keep them looking good and without a man at the helm are completely uncontrollable. The irony of course being that the prodigies who designed these in the first place have probably never dried a dish in their lives. On our travels we used to amuse ourselves by finding the worst humour possible in a boat name (Business of Course and Never Again 2 being our personal favourites). Fairly high on our list is the need to be able to both paint a name board and spell the name in the phonetic alphabet over the radio with reasonable ease and self-respect, so I think we’ll avoid that area of things. We wondered about naming her after old Portscatho fishing boats, or finding her a good name in Cornish. We’ve already started a bit of a Holman boat naming tradition by calling our boat Planet’s tender Satellite, and the rubber dinghy we keep stashed in a locker for emergencies is Uranus… So if you’ve got any ideas, please get in touch. 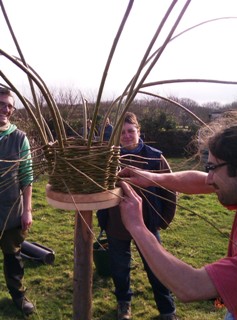 Now, I don’t know about anyone else, but recently we don’t seem to have been able to turn on the television without somewhere in Cornwall appearing. Our lovely county seems to have featured on almost every travel and lifestyle programme going, and with all the Hungry Boys and Sailors travelling around it’s a miracle there’s any food left at all! But it’s been great to see friends and local businesses crop up on Cornwall with Caroline Quentin, and it was exciting to see some familiar looking rafts when Portscatho Regatta appeared on our screens a few weeks back! The winning raft on the day last August belonged to Pete and Debs Walker up at Treloan Campsite, and was one that Simon helped to make out of willow, as part of the Caravanserai arts residency project run by Annie Lovejoy and Mac Dunlop at Treloan. Annie and Mac have been working with Pete and Debs to facilitate many different projects over the last two years, and we were delighted when they contacted us to see if we’d be interested in learning how to make traditional crab pots out of willow. 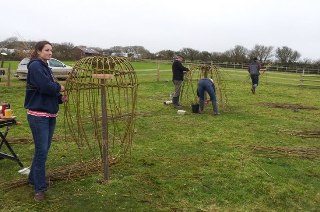 The workshop was run by Greg Humphries, who patiently and enthusiastically took us through the traditional method of pot making, helping us at each stage of the process. Greg completed a postgraduate residency at Treloan in 2009, focussing on rediscovering traditional skills for a sustainable future, and learnt how to make willow crab pots a few years ago in Portloe as part of his research. A number of MA students from University College Falmouth’s Arts and Environment course attended and we had a great day chatting about what we were doing and discussing the implications of sustainability. A friend and former Falmouth Marine School colleague of Simon’s, Rory MacPhee, was also there and we had the chance to catch up with him about his latest project which is very close in spirit to ours. Rory is a sculptor, furniture maker, maritime law expert and currach builder, and is currently using his boat to harvest seaweed in the Carrick Roads. Currachs are Irish skin on frame open boats, similar to coracles, powered by oar. Rory has been a huge help already with our project, introducing us to other people doing similar things to what we have planned and giving us extremely helpful advice, so it was great to see him again and exchange ideas. 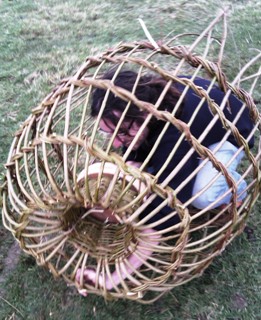 Jude and Tony Tomlinson were kind enough to let use the willow from their withy bed and we spent the morning cutting enough withies to make three or four pots. In the end Simon and I worked on a pot together to save on time and materials, and by the evening we had a pot that was almost finished. We still need to make a base for it, the sides are in need in extra ribs and it’s somewhat large for purpose, but for a first attempt we’re really pleased. I hope that by this time next year we’ll have several neater, more accomplished willow pots to our name, as well as a few lobsters!