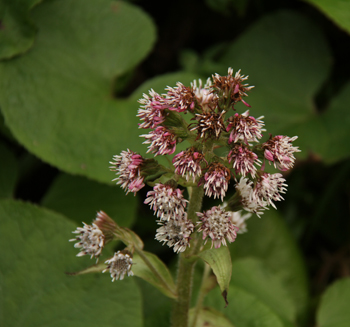 On a windy, rainy, weathery circuitous walk from Gerrans to Percuil, one day, I counted some 30 bird species with little effort in spotting them. A recent survey of National Trust land in the area revealed at least double this number are currently present in the region. However, this is relatively low compared with previous years, and may be an indication of the mild, cold season climate we have been experiencing of late. Whatever the cause, we seem to have skipped winter, and are heading straight into spring.

Have you noticed how many plants are flowering early in January? Along the roadside at Ruan there has been a fine display of dafodils for weeks. Some species have barely stopped flowering since the autumn, such as Red campion (Silene dioica). On a mild day when the sun is shining (and it has been shining at times), walking along the lanes you may also catch the scent of Winter heliotrope (Petasites fragrans), and named for its ability to track the sun’s path across the sky. Whilst the flowers and rounded foliage of this naturalised plant are attractive, and to be seen all around the Roseland, it is an introduced, invasive species from North Africa. All the flowers are male, so the plants spread vegetatively via the rhizomes underground. This plant is becoming an invasive nuisance in much of southern Britain and Ireland. 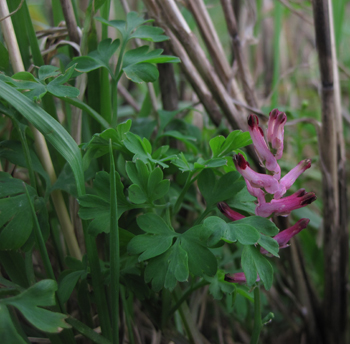 Another plant seen flowering exceptionally early is this member of the poppy family, Common fumitory (Fumaria officinalis). It normally appears in arable fields, wasteground and gardens, flowering from April to October. Fumitory has been used as a medicinal herb for centuries; recent modern clinical studies have indicated that it does have positive effects on digestive and hepatobiliary problems. 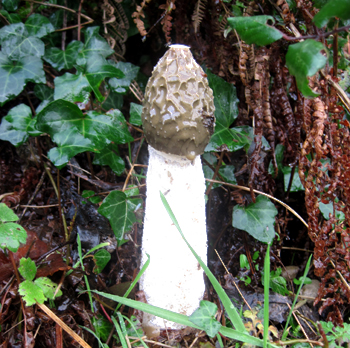 A walk in woodland brought my attention to the large fruiting body of this rather curious species of fungus, also out of its seasonal norm, called a Stinkhorn (Phallus impudicus). As the common name implies, the Stinkhorn stinks in order to attract animals seeking a meal, thus distributing its spores. It is not poisonous to humans, and is treated as a culinary delicacy in France and Germany. The Stinkhorn fungus derives its own nutrition from rotting woodland matter and other detritus, providing an important ecosystem service as a detrivore. You can learn more fascinating facts about stinkhorn fungi here.

The Chough siblings have remained in the Roseland for some months now. Whilst they continue to fly to their night roost in the area of Ravens Hole near Portscatho, their daytime activities now take them regularly to Pendower. They are usually seen foraging in the earthy upper strata of the cliff during the middle of the daytime. If you see them then the Chough Project staff are always glad to hear news of them. 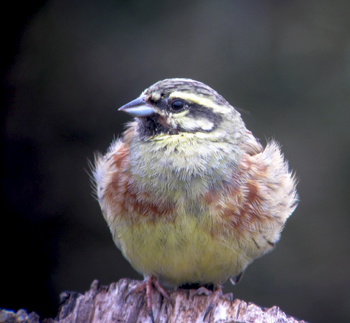 A recent 2-day survey of the Roseland core project area recorded 40 Cirls (21 males; 19 females). This may not sound like many, but during such surveys we don’t expect to locate all birds in all areas. Rather, we are looking for trends in population numbers across the years. So to compare: the number recorded for the same time last year was 25. Including separate observations made at various sites on regular monitoring days, and extrapolating the survey and monitoring data from previous years, we can assess the actual population number by a given percentage increase. The upshot of all this statistical stuff is that we believe there to be as many as 80 Cirls in the Roseland overall, which is very positive. Last year’s disparity in the sex ratio (roughly twice as many males as females) also seems to have gone. And the hot spot for seeing Cirls is around St Just. Interestingly, it was there that Cirls were last known to inhabit the Roseland, so this latest finding is an endorsement of the continuing optimum quality of the habitat there.

Did you do your bit for the RSPB’s Big Garden Birdwatch (BGBW) on the weekend of January 25th-26th? If so, you were one of thousands of registered participants recording birds across the UK. We were also asked to record other wildlife visiting our gardens, such as frogs, toads, hedgehogs and squirrels. To my surprise, I was visited by a squirrel during my observation hour – the first I’ve seen one. There were some frustrating technical issues inputting results on the BGBW website, but the RSPB is keen to assure users that problems have been smoothed out. You can continue to upload your results up until 16 February. 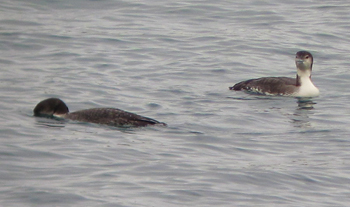 Natural England are in consultation with all interested parties regarding the setting up of an SPA, which will include the whole of the Roseland peninsula. The proposed SPA covers the overwintering home of nationally important populations of Black-throated diver, Great northern diver and Slavonian grebe. If the proposal is accepted and passed, the SPA will be given special consideration by the UK Government as required by the European Birds Directive, first introduced over 30 years ago. It will be only the fourth truly marine SPA in UK waters.