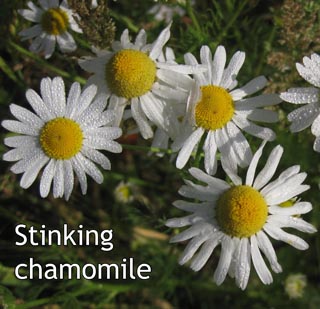 It’s not unusual to see one or two species of flowering plant blooming throughout winter in the Roseland. But have you noticed just how many plants are doing so this season?

Walking through Roseland farmland, it’s difficult not to notice just how colourful the landscape appears, especially under the dramatic skies that have characterized the month of January. Fields are greening up with winter-sewn crops; the hedgerows are already sporting lush swathes of flowering winter heliotrope, emerging umbellifers species, and aliums such as Babington’s Leek. 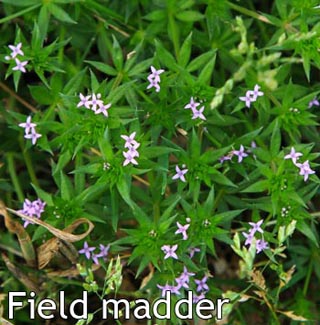 In the stubble fields plants such as Red dead nettle (Lamium purpureum), Field madder (Sherardia arvensis), Fumitory (Fumaria spp) and Chamomile (Anthemis spp) species, can all be seen flowering well in sheltered spots; all these arable “weeds” are a valuable food resource for wildlife in the cold months. 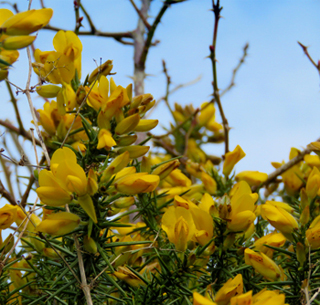 There is one early bloomer that really catches the eye: Gorse. Normally expected to flower from March to May, already large stands of this shrub are a blaze of yellow.

There are three types of gorse in the UK, of which two are common in the west of the country: Gorse (Ulex Europaeus), also known as Furze, and Western gorse (Ulex gallii). They are classed as separate species, but they can interbreed to produce fertile hybrids wherever they grow side-by-side, somewhat undermining their separate species status.

Gorse is a member of the plant family Leguminosae, producing podded pea seed after flowering. The dried pods fling the seed away when they open, allowing gorse to spread widely and rapidly. Although gorse can become invasive, it does also thrive in places where other plant species struggle from a lack of substrate and nutrients. It tolerates a wide range of soil pH, allowing it to exploit different habitat types. It is thus a useful resource for a wide range of wildlife. Gorse bushes are a preferred breeding habitat for a number of bird species: the stonechat, linnet, yellowhammer, and Cirl bunting all make use of the dense, prickly structure for nesting and hiding. Gorse is also important as a food resource for invertebrates, as it flowers for a long time across the reproductive season.

For human interest, the flowers of gorse are edible, and can be eaten raw in salads or used to make beverages, including country wine. Here is Margaret Vaughan’s recipe for gorse wine: 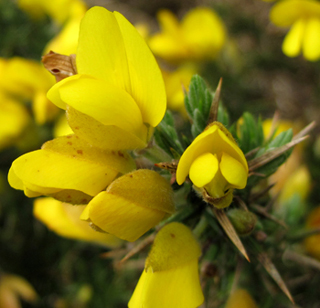 juice of 2 lemons and 1 orange

Boil together the water, sugar, lemon and orange, ‘til the sugar is dissolved, then pour onto the gorse flowers in a fermentation bucket. When the must has cooled, start the yeast and add it to the bucket. Leave for 3-4 days, mashing the mix twice daily. Strain off into a demijohn, fit an air lock, and leave for 2-3 months, when fermentation has stopped. Rack off into bottles and leave for 12 months before enjoying. 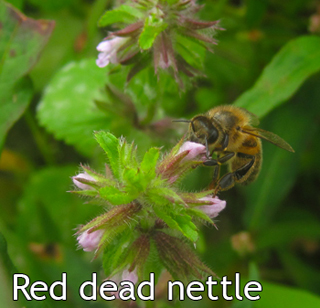 In a recent survey promoted by the Botanical Society of Britain and Ireland (BSBI), volunteers in Cornwall recorded the second highest number of plant species in flower over the New Year period, numbering 70. This figure was only topped by the 71 recorded around Cardiff. Across Britain, 15{c8c3b3d140ed11cb7662417ff7b2dc686ffa9c2daf0848ac14f76e68f36d0c20} of all flowering plants were in bloom, and 40{c8c3b3d140ed11cb7662417ff7b2dc686ffa9c2daf0848ac14f76e68f36d0c20} more were recorded than a year ago. However, there are two mitigating factors at least to highlight here: around one third of the plants recorded were non-native, and many more volunteers contributed records than previously. Nevertheless, the increase is thought to be highly significant, statistically. According to the BSBI, just 20 species across Britain were in flower at the same time fifty years ago, and the huge increase is mainy due to climate warming. The Met Office confirmed that 2014 was the warmest year on UK record.

Winter monitoring of our Cirls is now well underway, and the initial records look very promising. The mild winter, over-wintered stubble fields and supplementary feed provision have all helped to recruit the biggest number of new individuals to the population so far, as well as supporting the existing adult members. The largest winter flock of Cirls seen here to date numbered more than 20 individuals. While this pales into insignificance compared with the huge flocks of Chaffinch, Linnet, Skylark, Meadow pipit and others, for the Cirls this is a significant number. 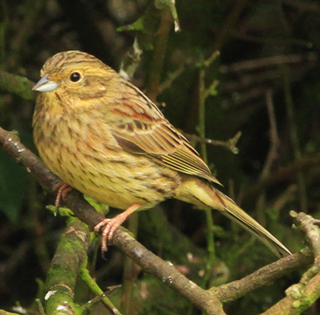 Female Cirl buntings can sing like males! Altough it’s a rare occurrence, there are documented accounts of female Cirls singing. This year, for the first time, a female Cirl in the Roseland has been observed exhibiting this unusual behaviour. So why would she do that? It is thought that this individual may have lost her life partner, but values the territory enough to sing her occupancy of it. In time, she should be able to attract a new mate.

In fact, females of many of our British species can sing, although it is relatively uncommon to hear them do so.