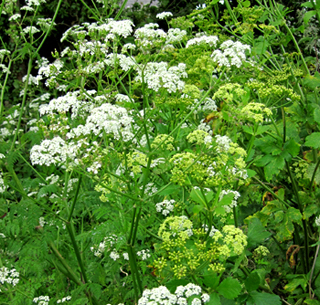 The green umbellifers of Alexanders and the frothy white ones of Cow parsley have run to seed, replaced by others flowering this month. Many of the Apiaceae family are edible, but some are deadly poisonous.

The Apiaceae (previously termed the Umbelliferae), and commonly known as the carrot family, are a group of often aromatic plants with hollow stems and umbelliferous flower heads. Many members of the Apiaceae are cultivated, either for the tasty stems or tap root (celery, parsnip and carrot), or for the foliage as an aromatic herb (parsley, coriander, fennel and many others). Additionally, some wild umbellifers are edible, such as Alexanders (Smyrnium olustratum). 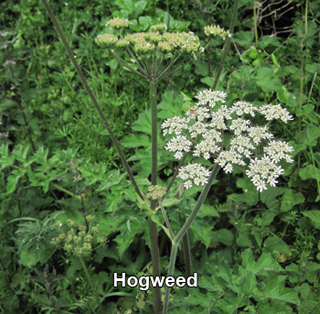 But foraging for this type of wild food should come with a serious health warning. Poisonous members of the Apiaceae include Hemlock (Conium maculatum), Cowbane (Cicuta virosa), and Hemlock water dropwort, all of which look very similar to their edible relatives.

Hemlock water dropwort (Oenanthe crocata) is just coming into flower this month and is possibly the most poisonous plant in the UK. Having leaves looking somewhat like celery, and fleshy roots rather like small sweet potatoes or parsnips (and known colloquially as dead mens fingers), it is usually found in damp places, such as streams or laneside pools and in marshy ground. It can grow up to 1½ metres tall. Occasional large stands of it can be found in various sites around the Roseland. 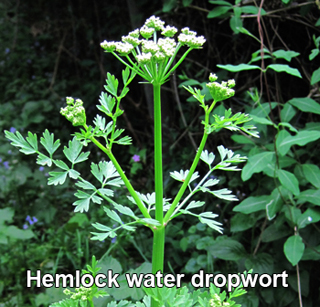 Hemlock water dropwort has fooled foragers into consuming it a number of times in the past, sometimes with fatal results. Cooking it only serves to increase the toxic effects this plant can have on its victims. You can read a fascinating case report here, by the Emergency Medical Journal about an unusual multiple poisoning caused by eating a curry made with foraged Hemlock water dropwort.

42: That’s allegedly the answer to life, the universe and everything, but it’s also the number of breeding pairs currently recorded. We are back up almost to 2012 numbers (44 pairs), when the bad weather of that year led to a severe crash in the fragile new population. This year the weather has so far been kind, and we were also surprised to find very early well-fledged young by mid May. We continue to hope to find the magical 50 pairs by the end of August. Only 8 more to go… 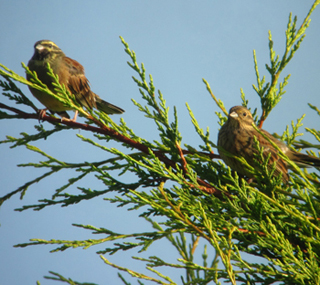 Listen out for a cuckoo!

At the end of May, a Cuckoo was heard calling in the Lanhay area of the Roseland. In previous weeks, one had been heard in the area of Trewince. For the Roseland, this is a rare occurrence, so listen out and report if you hear one, to the Cornwall Birdwatching and Preservation Society.

Did you know (from the BTO)…

…that Great Tit females have been found to prefer males with broader black belly markings (ties)? These well-marked males produce better quality young – as well as having better survival themselves and are also known to be more dominant, aggressive and assertive than less well-marked individuals. As among so many species, bigger is, apparently, better!