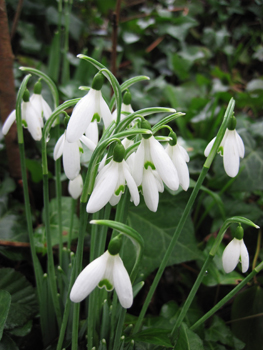 February has been a mixed month of weather. Having left behind days of relentless rain, things have turned brighter, drier, colder; then warmer, almost balmy on the beaches, with some crazy humans actually swimming in the sea at half term; then the chill returned. We have escaped the snowfall that came as close as north and east Cornwall, so it has seemed as if the Roseland has never really had a winter until the end of February, when the wind started to blow sharp and bitterly from the north east. The effect of the changing weather has been noticeable on nature. 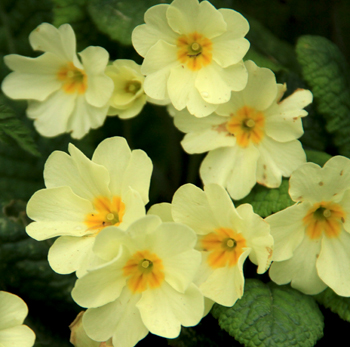 A number of plant species are already showing bud-burst, spurred on by the warmer temperatures in the middle of the month. Honeysuckle (Lonicera spp.), elder (Sambucus nigra) and willow (Salix spp.) are well ahead in this respect, while hazel is not far behind. Early spring flowers are in full bloom. There is barely a hedgerow that does not have a clump of daffodils (Narcissus spp.) nodding brightly somewhere along it. 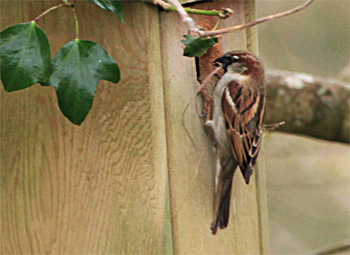 You may well have remarked on the birds sounding territorially vocal. They are already establishing their rights to resources to attract a mate, as well as displaying aggressively to others of their kind, or even to other species. Some birds are visibly active in preparing for imminent reproduction. The RSPB has received reports of early breeding activity among robins (Erithacus rubecula), blackbirds (Turdus merula) and blue tits (Cyanistes caeruleus). I’ve seen sparrows (Passer domesticus) already carrying nest material to boxes, continuing to do so even when the weather turned much colder at the end of February.

Our ponds are full of frog spawn right now. I was offered some recently to put in my own pond (which already has a full compliment of spawn) but transferring frogspawn is not advised by conservation group Froglife. One reason for this is that garden ponds may contain invasive alien plantlife, such as New Zealand pygmyweed (Crassula helmsii) and even disease pathogens; transferring frogspawn is likely to transfer these organisms hiding amongst the spawn.

It is part of the frog’s reproductive strategy to lay what appears to us to be far too many eggs. Nature always creates its own balance through evolution: the superabundance of frogspawn mitigates the activity of predation by fish and other organisms in the pond. Around one in fifty of the eggs will eventually make it to froglet stage, leaving the pond to face even more predators on land. The animals that make it to adulthood are the ones who have inherited the best survival skills and will pass on their genes to the next generation of frogs. Check out Froglife for some great advice for people interested in creating and maintaining ponds. 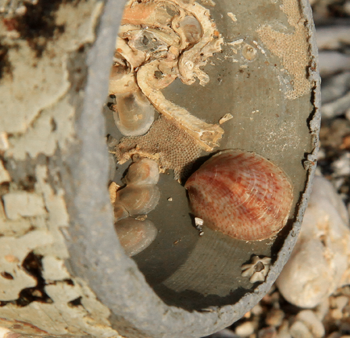 Before the weather turned grey, cold and windy once more the beaches were a delight to visit. During one such stroll I came across an old piece of broken, sea-worn pipe that had been colonised by a number of small marine creatures. One of these was an immature slipper limpet (Crepidula fornicata). Very unlike our native common limpet, slipper limpets probably arrived here by chance from their native North America towards the end of the 19th Century, in association with the oyster trade. They are considered to be a pest of mussel and oyster beds. Although beaches in south east England can be littered with the empty shells of these animals, so far we have yet to see the same occurrence here.

Things to look out for this month in the Roseland

• Dolphins (Delphinidae)
We are occasionally delighted by the sight of a pod of Dolphins crossing Gerrans Bay and this occurred mid February. So keep your eyes peeled for more!

• Grey seals (Halichoerus grypus)
There are still grey seals beaching south of Towan. A recent count totalled 17 animals but there have been more in the past. They are best viewed from the cliff top, from where they will not feel overly threatened by humans staring at them.

Here are some things you can do to help nature in the Roseland in March: 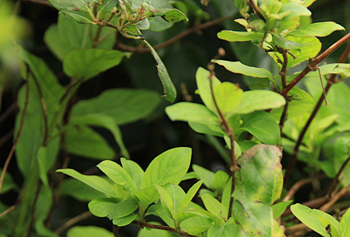 • If you don’t already have some in your garden, then consider planting honeysuckle. There are many species and garden cultivars, available from garden centres, but our native wild version is just as worthy of consideration. The attractive flowers are beneficial to insects, providing a rich, sweet nectar; many birds eat the berries and some birds use the bark of mature stems to build nests, as it is a highly pliable, weavable material.

• February 14th (St Valentine’s Day) was the start of the BTO’s National Nest Box Week. Whilst that is now over, there is still much you can do by putting up as many nest boxes in your garden as you can. If a nesting attempt fails, the box will be abandoned and then not be used again by the same pair. You can clean out the box if you know this has happened, because a different pair of birds may be attracted to the box. Otherwise the box may have to remain unused for the ramainder of the breeding season.

Building your own nest box is easy. See here for advice from the RSPB.

• BTO Nest Box Challenge
The BTO want you to help them to monitor the breeding success of birds in through their Nest Box Challenge scheme. To take part, register your nest box online and then submit regular updates on whether it is used, what birds are using it and the progress of any nests.

All Photography © by Sarah E Vandome.