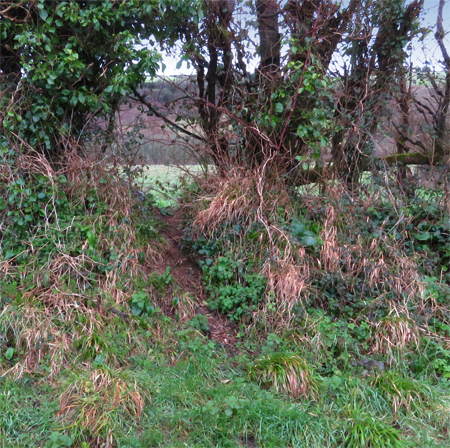 Next time you’re out walking, with (or preferably without) a dog, take some time to study the tracks and signs of some our larger mammals. If you’re lucky, you might even see them.

Along the many Roseland coastal and inland footpath walks, the tracks and signs of other living things can be seen everywhere. There are many well-worn little pathways over hedges and across fields, used by badgers, foxes, rabbits and deer. Close inspection of these pathways can reveal some rewarding facts about who recently used a favoured route. Likely signs may include pieces of fur caught on brambles, or faecal deposits.

Fox faeces tends to be dark, with an unpleasant pungent scent when fresh, and left in an obvious place as a calling card to others. Badger deposits are often full of the remains of their diet, such as small beetles and seeds. They tend to leave their faeces at latrines, small pits used for marking the boundary of their territory. Piles of deer pellets, left in no particular places, tend to resemble those of rabbit, except that the pellets are larger, and tend to have a pointy end to them.

You are likely to see piles of roe deer pellets, along with their cloven hoof prints (called slots) along some of our coast paths where there is plenty of scrub cover for them to hide in. There is a useful guide here comparing different UK species’ slots. Roe deer have increased greatly in number in the Roseland, so you are increasingly likely to see this species, even during the day and not just in woodland spots. Muntjac deer have also been reported too, but this species is very furtive and solitary. 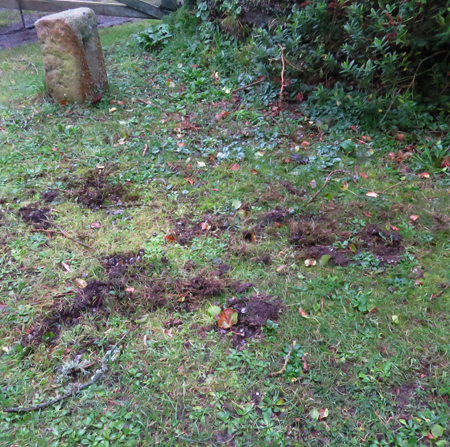 Now that spring would seem to be well underway, other signs of mammal activity are becoming apparent. The soil supporting so much invertebrate life is warming up; worms are starting to leave their winter burrows, and insects such as dung beetles are becoming visible on warm days. If you’re out walking, you may notice just how much badger activity has been going on in the pursuit of ground dwelling invertebrates.

There are little digs, pits and scrapings everywhere, as these large mammals look for all that protein-rich food near the soil’s surface. Badgers are omnivorous animals, taking whatever is in season, although their primary food is earthworms. However, they are very resourceful, taking smaller mammals and birds, edible fungi, nuts, fruits and seeds. As well as disturbed ground, you may be able to see fresh paw prints where badgers have been recently active. Badger prints are easily distinguished from those of canids (dogs and foxes), because the digits of the wide paws and feet are much more aligned, which helps the animal to shovel large quantities of soil quickly. The image here shows a badger print with a canid print immediately behind it. 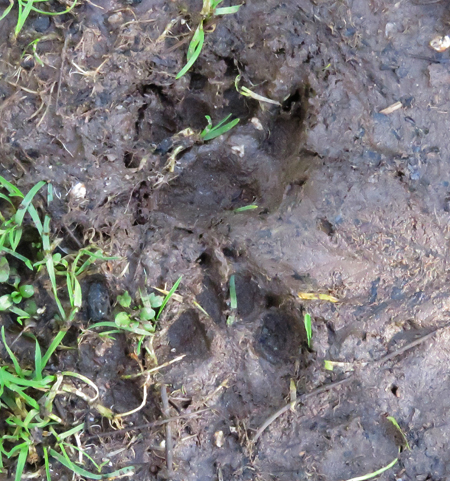 All of our larger mammals tend to be most active at night or in the very early hours of the morning. Knowing where they have been recently active is a useful guide when setting up camera traps to photograph and record them.

Science news: Did you know (from the BTO)… 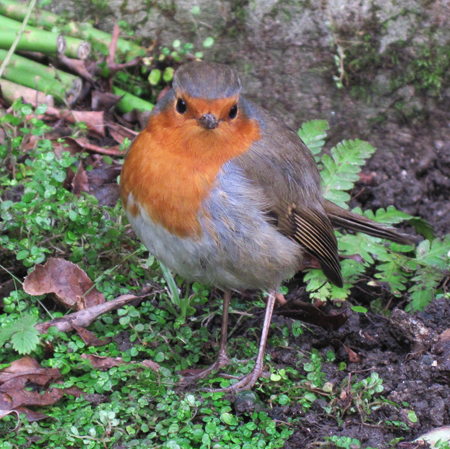 …that artificial lighting, whether in urban or rural settings, has been shown to have an effect on the time spent feeding by garden birds.

A recent study by the BTO, using data collected by members of the public taking part in the 2014 Garden Birdwatch Early Bird Survey, showed birds spending less time feeding in gardens with significant amounts of artificial lighting. Whether this is a positve or negative phenomenon has yet to be concluded. You can read about this interesting study here.