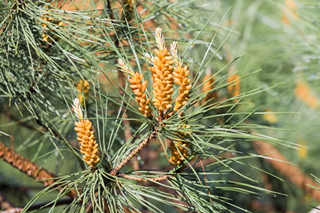 In the deep mid-winter… well a light frost here and there might be all we get, but even at this time of the year, there’s still plenty to forage. I feel a little sorry for winter as everyone focuses on Christmas and New Year, then once it’s over and the following year starts everyone believes spring to be on its way when we’ve only scratched the wintery surface. I like evenings gradually becoming lighter but still want to embrace the winter.

Here are my top 10 plants to look out for… 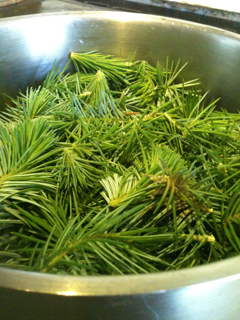 Rock samphire is a fantastic coastal edible which can be found pretty much all year round, with its succulent carrot flavoured leaves and salty undertones. Not to be confused with marsh samphire which has a much shorter season, this is in the carrot family and grows out of rocky crevices, walls and cliffs. Strangely, people would risk their lives picking this by hanging off cliffs to reach it when it is so prolific and almost always found at a collectable height. Try it raw, steam it as a vegetable, pickle it to go with cheese or even try it in sweet rock samphire cupcakes with lemon balm icing. 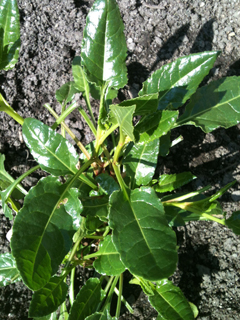 Salad burnet is a lovely plant to spot and again it tends to be found in sandy soil so look out for it when you’re meandering down a coastal path to the beach. This one is in the rose family and the leaves have soft serrated edges like roses do. The leaves taste like cucumber skins and make a great addition to salads, sandwiches and of course Pimms! I said I like to embrace winter but I can dream of summer!

Watercress is at its best in the winter and grows happily in freshwater streams. Don’t confuse this with fools watercress or one of the water parsnips – a sure way of checking is have a look at the flowers which are white and have 4 petals in a cross shape. The 4 petals show it is in the brassica family, hence the bite watercress has. Be aware of the cleanliness of the stream as, if it passes through farm land, the plant can pick up liver fluke. I have read that the fluke can’t reach the top leaves of the plant but if concerned, cooking it kills it off so perfect for a stunning watercress soup (with buttered walnut toast!). 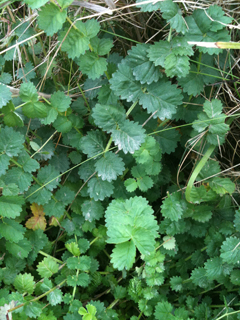 Crow garlic is one of my favourites. You may have walked past this plant so often and never thought it more than a slightly blueish grass. If you spot this, pick a leaf and give it a good sniff and be prepared for the mouth-watering blast of garlic. Use this just as you would chives, add them to scrambled eggs on toast, pop them in bread sauce, etc. This is called crow garlic as when cattle ate this with grass, it would taint their milk so it would only be suitable for crows! Pretty unfair on the crows but maybe they don’t mind.

Two more Alliums – wild leek and three cornered leek. Wild leek grows in sandy soil and I tend to find this on the north coast more than the south. Popping up just as cultivated leeks do, use this the same way for soup for example, rinse to remove any sand, chop and sauté in butter. Don’t uproot it as it is illegal and of course you want the plant to keep growing. Three cornered leek is all over the county and can be identified by feeling its flowering stems as they are triangular in cross section. With all Alliums (onion, garlic and leeks), smelling them is a sure way to check! This is very useful especially from now and through spring as there are a lot of non-edible bulbs emerging at the same time. Use three cornered leek like spring onions, raw or cooked.

Sea beet is a stalwart of foraging, finding it all year round. Strong and reliable, growing on the coast, use the glossy younger leaves as you would spinach but with the added bonus of this having a naturally salty taste and slightly more robust leaves even when cooked. I made sea beet roulade with a crème fraiche, cheddar and crow garlic filling last week which was delicious! 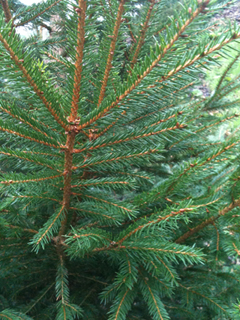 Tree mallow is a sturdy coastal member of the hibiscus family, with gorgeous deep pink hibiscus-like flowers in summer and autumn. The petals can be eaten, the immature fruits are referred to as ‘cheeses’ but at this time of year it’s all about the leaves which make a great mellow vegetable which can be used to help thicken up stews.

Living in this county and not knowing about gorse (or furze), then you must have been living under a rock rather than surrounded by this spiny, coconut-scented shrub. Gorse lives up to its saying ‘Kissing’s out of fashion when the furze is out of bloom’ because you always seem to find a gorse bush in flower. I love munching on the yellow pea flowers and have tried them successfully in salads, flapjacks, cookies and even gorse ice cream. One of the best things I have made from gorse flowers is gorse and orange cordial which was delicious!

I know the term conifer is a bit broad but picking just one conifer is too hard. All conifers are safe to try except yew which can be deadly, but have a nibble on any other. Quite a few conifers have a drying effect on the mouth and can make antiperspirants but a few like Douglas fir and certain pines have fantastic flavours ranging from typical pine to grapefruit! Using tender needles or pollen you can create many dishes from syrups to rubs for fish. Worth testing out! So… go and enjoy the winter while it’s here before spring takes hold.

For recipes and anything on foraging check out www.nevermindtheburdocks.co.uk