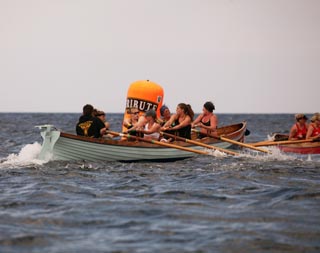 The season is here! The local boatyards are gearing up and the Percuil is starting to fill with boats again as the ‘early birds’ want their craft afloat for Easter. Time really is flying; the Gig club have been particularly busy of late both on and off the water. Two Gigs the Killigerran and the Polvarth have already left for the Scillies and the club is looking to send seven crews this year our best turn out for a long time.

The ladies A crew are looking very strong this year having been rowing together for several seasons now and there are three other ladies crews, a relatively inexperienced C crew and a much more experienced Ladies veterans crew! There are three mens crews competing, the A crew have been bolstered by an influx of young blood whilst the veterans have been working hard in the gym to try and compete in an increasingly strong field. 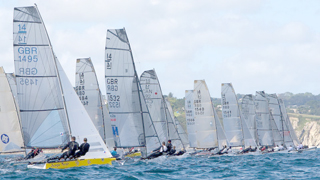 The local sailing clubs are also preparing for the first races of the season with St Mawes hosting an RS Feva training day and open meeting over the weekend of the 12 and 13th of April. They are also holding the first club racing events over the Easter weekend, take a look at the club website for more details www.stmawessailing.co.uk

The Feva is an excellent dinghy for young aspiring dinghy sailors and is part of the RYA pathway to Olympic success. Local boys Chris Thomas and Jack Hawkins spent a couple of years in the Feva on their route to becoming Olympic hopefuls in the 49er class. The Feva class is very strong at the club with Mike Croft co-ordinating Team Feva for young sailors who want to progress their racing skills. 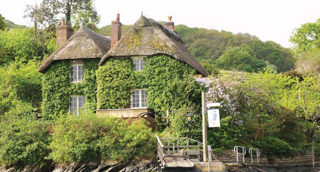 Restronguet sailing club also start their racing on the 13th of April this year although their Optimist squad have been training all winter pretty well regardless of the weather, a tough bunch! The Optimist is a singlehanded dinghy for sailors up to 15 years old and is one of the most popular classes worldwide and one of the toughest to win in. Sir Ben Ainslie who started sailing at Restronguet started in an Optimist before progressing to the Laser and stardom!

Many of you will be aware that the Smugglers cottage at Tolverne has been shut for over a year now which has been a big loss to a lot of the cruising fraternity and the paddle brigade. I was really pleased to hear it is going to open again this season and heard all about it when I met up with an old colleague of mine last weekend. Colin Pugh and his family are moving into the cottage having successfully negotiated a lease with the Tregothnan estate. They are going to be offering a boatyard service and moorings from the site and hope to be opening at the start of April so keep your eyes peeled for details if you are looking for a deep water mooring. 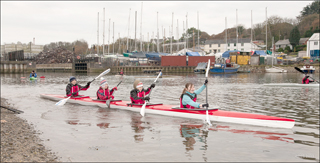 I am still working on my paddle fitness for a trip to the Scillies later in the season and we are off on a training paddle over the Easter weekend hopefully bound for Fowey if the weather allows, I hope to have some good pictures for next months article.

As the Easter holidays grow close Paddle and Sail will be opening again and I have a range of events programmed at Percuil, Loe beach and Porthcurnick. Details of what’s on are on the website. So there really is no excuse not to see you out on the water very soon!