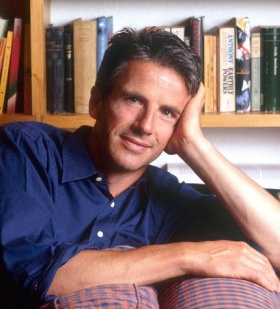 As well as writing fiction, Patrick has written for television and published a biography of Armistead Maupin. On Twitter, he describes himself as a “gardener, cellist, cook, whippet-walker and, when time allows, novelist”. He lives on a busy farm and, having met him, I think he should also add to that description, bridge-player, opera lover, teacher, scriptwriter, performer, presenter and, given how much he packs into his life, probably time traveller too. Fortunately, he made time to meet for a chat over coffee and cake (not necessarily in that order).

A successful author by any standards, one of his previous books – ‘Notes From An Exhibition’ – was chosen for the Richard and Judy Book Club; it attracted large numbers of new readers and broadened the audience for his writing, selling over a quarter of a million copies in 2008 and encouraging major retailers such as Sainsbury’s to stock his books. The process of gaining a Richard and Judy recommendation is far from straightforward and involves inclusion in the long list, then the short list, preparation of a synopsis and an impact statement, but the effect is vast in terms of sales and exposure. 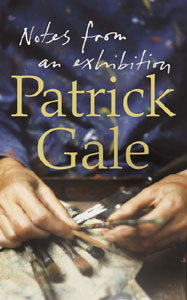 I started by asking him about the inspiration for his books and he explained that ideas are “always bobbing around, but I can’t really predict when or where a trigger will strike, maybe it will be a news item or something I see or hear whilst walking. One thing is constant – the characters are always the most important part”.

He produces the first draft by hand, writing in separate strands, one character at a time, before bringing the story together at the second or third draft stage, with chapters re-ordered so that the end product is very often quite different from how he envisaged it at the start. He writes at home, in a separate building, his work being closely supervised by his dogs (if the heating is on).

Having recently read and loved ‘A Perfectly Good Man’, I asked what prompted him to write about such a sensitive subject. He explained that the idea came to him after hearing about a young man who had been seriously disabled in an accident and had made a similar decision to that made by Lenny in ‘A Perfectly Good Man’. “I care about my characters and their feelings; I also wanted to know what happened to Morwenna (a character in ‘Notes from an Exhibition’) as I felt she was left in limbo. This story enabled me to discover something about the rest of her life and to explore a subject – suicide by those who aren’t terminally ill – which received a great deal of press coverage at the time”. 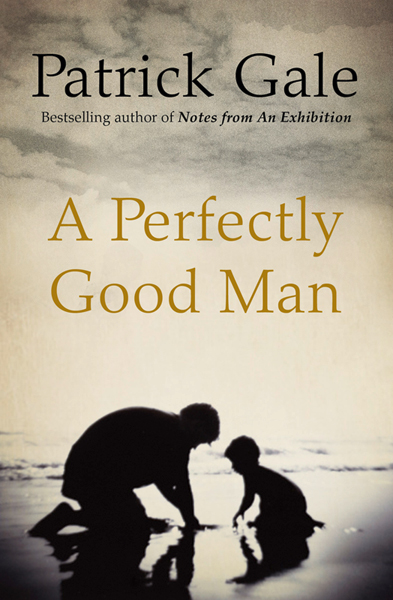 As a teacher and facilitator on many writing course, I asked about his advice to would-be writers, “read as many books as you can, get a good editor, take note of criticism and refine your technique. Even the best, most established writers can make errors.”

With so many accomplishments, it wasn’t possible to cover more than a small percentage of his interests, but we managed to touch on his role as former Chairman of the St Endellion Summer Festival (highly recommended for those of you who love good music in beautiful surroundings), which takes place every year in the Church of St Endelienta, near Port Isaac. He is a regular tweeter on a range of subjects, so if you want to know more about him, join him on his twitter page.

In between “writing, teaching a course in Wales for short story writers, doing readings in Australia and running one of a series of ‘Fiction for the Fearful’ weeks in France”, Patrick will be making his second appearance at the Roseland Festival. He would love to see you there and is always happy to hear from readers.

Finally, I asked him what he enjoyed reading, so over the coming months I’ll be reading and reviewing books by Damon Galgut and Anne Tyler.