On the day of the German launch of my film, Marcello Marcello, I thought I’d share my favourite recipe for home-made Pizza with you. This is one I’ve perfected over many years and I hope you’ll give it a try… it only takes a little more time and effort that heating a supermarket one (or using naff supermarket pre-prepared bases) and tastes a MILLION times better!

Ingredients (per Pizza):
For the base:
A small cup of flour (around 150g per pizza)
About half a cup of tepid water (125ml)
Half a teaspoon of dried yeast
NO SALT! (Salt kills yeast and will impair the rising process) Well, whatever you want, but just remember; the better the ingredients, the better the pizza! Personally, I use:
A couple of dessert spoons of tinned chopped tomatoes per pizza (Naplina Chopped Tomatoes are great)
125g Mozarella (Buffalo if you can stretch to it… it’s deeeelish!)
A handfull of mushrooms
Half a clove of garlic
A splash of olive oil (Virgin is best)
Salt and Pepper to taste
Fresh Basil for post-cooking

The process:
First up, if you don’t have a warm place for your dough, put the oven on its lowest heat. This will get it ready for rising the dough. 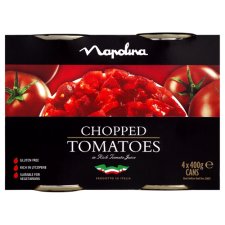 Now, warm the water a tad and add the half teaspoon of yeast to it. As that ferments for a moment, pour the flour into a bowl and then add the water-yeast mix to it. Now knead for a few minutes. (You may need to add a tad more water if it’s too dry, or a little more flour if it’s too wet). It should be somewhere between the consistency of putty and blu-tac… not too wet, not too dry!

OK, now put a layer of cling film over the bowl and stick it in the oven (or warm place) until it’s double the size. This should take about 30 mins, but may be quicker.

While that’s rising, slice your mushrooms, garlic and break the mozarella into small chunks ready for throwing on… mmmm! Now dust a work surface with a little extra flour, and oil the pizza tray with a dribble of olive oil. Just as you take the dough from the oven, now’s the time to whack the oven on full (bottom element only if you have one – see TOP TIP, below).

Put the dough onto the floured surface. Squash the ball slightly, making it roundish, then take a roller and roll the dough out to the size of the pizza tray (around 11 inches). Don’t worry too much if it isn’t exact or is too big in places, it’s not an exact science; once it’s on the tray, simply cut off the overhangs with a knife.

Right, the fun bit…! With a dessert spoon, circle the chopped tomatoes onto the base so it is relatively evenly covered. Then add the garlic, the sliced mushrooms and finally the mozarella chunks. Again, this is all slapdash, so don’t worry too much if it isn’t exact. Now, splash with some olive oil, add some salt and pepper and you’re done! OK, pull him out, add the few leaves of fresh basil and slice as needed. Believe me, there’s nothing like fresh pizza; and once you’ve done it, you’ll be hooked… enjoy!

TOP TIP: If you have one, put only the bottom oven heater on. This way you can cook the pizza on the bottom of the oven, directly on the source of the heat. This will act like a stone oven, heating the pizza from the underside up… crunch-arama!