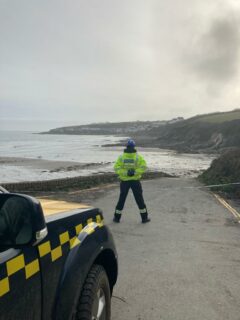 Porthcurnick Beach, near Portscatho, was evacuated on Monday afternoon after the discovery of a suspicious item on the beach.

A concerned member of the public called Falmouth Coastguard at around 2.15pm to report a suspicious red item that had been washed up on the beach at the bottom of the slipway.  Portscatho Coastguard Rescue Team (CRT) was scrambled to the scene.  On arrival, they undertook a closer examination of the object and, as a safety measure, ordered the beach to be evacuated and closed to the public. 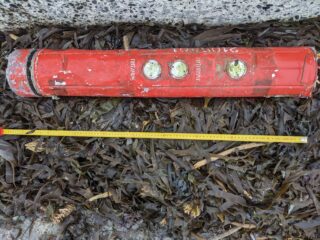 the object which was red, metallic, and with Russian writing.  As a precaution, we ordered an evacuation of the beach and sealed off the area.

“We requested assistance from the Royal Navy Bomb Disposal Unit at Plymouth, who took the item away for identification and subsequent disposal”.