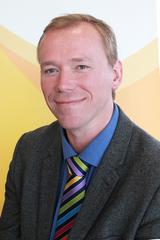 Roseland Councillor Julian German has been elected as the new Leader of Cornwall Council.  Julian, who has been deputy leader since 2017, was voted in by members in a secret ballot after Conservative group leader Councillor Linda Taylor was also nominated for the role.

In his first speech as leader, he told members of the Council “Our priorities support our

A Bard of the Cornish Gorsedh, Julian is from a private sector background with an MSc from Edinburgh and a BA Hons from Hull. Julian is a longstanding Cornwall Councillor having served on the Cabinet since 2009 in the following portfolios; Environment, Climate Change and Waste Management, Localism, Sustainability and Devolution, Economy and Culture.