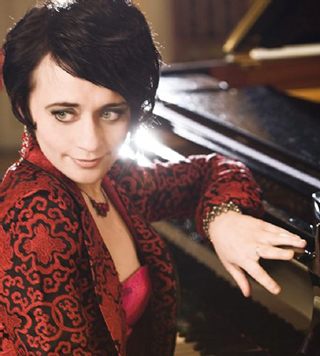 Many will have read of the recent death of pianist Natalia Strelle (full story here).  She had been due to perform in Portscatho on Saturday 21 November as part of the Roseland Music Society programme for 2016/6.

Strelle, 38, described as a Norwegian pianist of Russian origin, has performed all over the world at prestigious venues including London’s Wigmore Hall, New York’s Carnegie Hall and the Französischer Dom in Berlin. She had been due to play several concerts later this year, including at venues in Norway, France and the UK. She also worked as an artistic director at the Menestrelles International Chamber Music Academy.

Speaking to Roseland Online, Mike Lippold, Chairman of the Roseland Music Society, said: “This is very sad indeed.  We have been contact with other musicians with a view to finding a replacement for Natalia, and I am pleased to say that we have engaged Maria Razumovskaya, (a Russian)  pianist, to perform for us on Saturday 21st November.  Before the beginning of the concert we will hold a minute’s silence in memory of Natalia.”