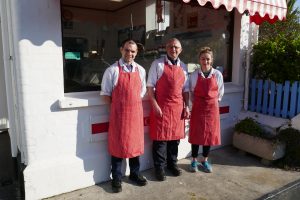 Andrew (Andy) Day, owner of A.R. Day Butchers in Portscatho has been awarded the MBE in the New Year’s Honours for services to the community.

Since buying the local butcher’s business 30 years ago, Andy quickly became central to the life of the village.  His shop became a hub in this small village.  He has provided several apprenticeships to youngsters wanting to learn skills and experience business rather than attending further education, sharing his valuable skills and business acumen.  He soon became active in the local Chamber of Commerce and was Chair for a number of years.

Outside of business, it is in the area of sport where Andy’s skills and dedication reached out to so many youngsters. An 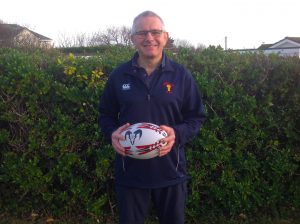 excellent player himself at Penryn RFC, he turned to coaching Roseland RFC some 12 years ago and the standard of play has risen due to his enthusiasm and perseverance.  So many young people have had the chance to play rugby in this part of Cornwall, learning skills and teamwork that they may not have otherwise been able to achieve. 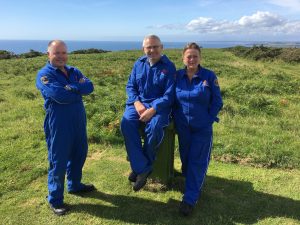 Additionally, Andy has been a volunteer for the local HM Coastguard Cliff Rescue Team for the last 15 years.  He is now a much-respected Station Office, leading his team on many callouts to aid sometimes seriously injured casualties on the dangerous cliffs that line West Cornwall, often working alongside the RNLI and Coastguard Helicopter.

Always looking for new ways to raise money for charity, in 2017 he cycled from Land’s End to John o’ Groats to accompany and 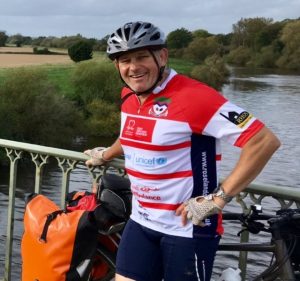 care for a septuagenarian (1saac Tour) undertaking the gruelling ride on which Roseland Online followed him here.  Local charities benefitted by more than £8000 from his ride.

Speaking to Roseland Online, Andy said “This came completely out of the blue, I was totally shocked!  Now it has sunk in, I feel really humbled to think that someone would take the time to propose me for an award.  I am so grateful!”

Roseland Online joins everyone in sending huge congratulations to Andy and thanks for keeping our beautiful area of Cornwall on the map!