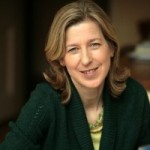 Following on from Roseland Online’s article about the bus service to Portloe, Truro and Falmouth MP Sarah Newton has called on Cornwall Council to use funds given to it by the Government to provide a new bus link for Portloe.

Earlier this month the village was hit hard by Western Greyhound’s decision to remove Portloe from its 550/551 bus service route.

This has left Portloe residents without a reliable bus link to local schools and Truro-based services and amenities. Mrs Newton has written to everyone in the village to ask for their feedback on how the bus changes are affecting them. Local residents have replied detailing how the withdrawal of the service is hindering them in their everyday lives, reporting problems getting children to school and reduced access to services and amenities in Truro.

Mrs Newton has now presented to this testimony to Cornwall Council, calling on them to use funds granted by Government to be spent on providing bus services where commercial companies won’t to ensure a reliable bus link for Portloe. The main source of this funding,known as the Bus Service Operators Grant (BSOG), is this year being paid directly to local authorities, rather than to bus operators, with funding being ring-fenced until the end of 2016-17.

‘The withdrawal of the Western Greyhound 550/551 from Portloe has caused real problems for local residents and Cornwall Council now needs to step up to the mark to secure a reliable and efficient bus link for the village.

“People living in Cornwall’s villages have every right to expect bus services to meet their needs and I will continue to press for improvements, for Portloe and for all the communities I serve.’’

Mrs Newton will also be touching on this local issue in July’s edition of her monthly Roseland Online Feature.