Remembering the soldiers and sailors of the Great War, supporting the men and women who follow in their footsteps 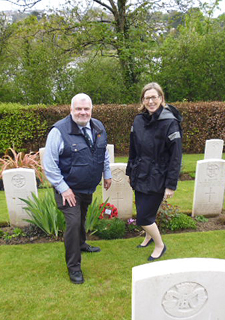 This year marks the centenary of the Great War, a struggle that amidst all the horrors of modern conflict stands out as a particular tragedy. A tragedy that blighted homes across the Roseland and snuffed out the lives of many of those who walked, as we do today, through the fields, lanes and beaches of the peninsula.

A recent meeting with the Commonwealth War Graves Comission (CWGC) Supervisor for the South West Ian Thornett drove home to me the extent to which physical reminders of that terrible war can be found on our doorsteps. Alongside the war memorials that dot our villages often overlooked but strikingly tangible memorials can be found in corners of our churchyards; the solitary white Commonwealth War Graves that we are more used to seeing on a heartbreaking scale in vast cemeteries in the fields of France and Belgium. A surprising number of soldiers and sailors who died in the Great War were buried in Cornwall, some dying during training whilst stationed in the Duchy, others succumbing to wounds in local hospitals.

The story of one life lost stands for many. Ordinary Seaman William Rowe was twenty six when the war broke out a century ago, living in Portscatho with his wife Mary. A fisherman, he answered the Royal Navy’s call for experienced mariners and was posted to serve on an ageing battleship, HMS Albion. It was on HMS Albion that he was gravely injured by shellfire during the Royal Navy’s attempts to force the Dardanelles and capture Istanbul, then the capital of Germany’s ally Ottoman allies. It seems that Ordinary Seaman Rowe was brought back to hospitals in England, before succumbing to his wounds. As a result Mary was, unlike many widows, able to bury her husband in their home village. William’s grave, with its distinctive white marker, stands to this day in Gerrans Churchyard.

Other war graves, from both the First and Second World War, can be found also in Gerrans Churchyard, at Veryan, at St Just and at Tregony. 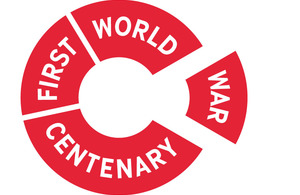 I am keen that these men are remembered and have written to schools in my constituency to bring the CWGC graves that can be found in local churchyards and cemeteries to their attention. I am hoping that schools can ‘adopt’ particular graves, with pupils researching the history of the individual commemorated and laying flowers.

These commemorations form part of range of projects to help school children lead public remembrance of the Great War. The CWGC are participating in these projects and have now launched their own ‘virtual cemetery’ education portal to help teachers and children learn more about the fallen heroes whose graves the CWGG commission cares for. A full list of projects to help schools explore Britain’s Great War heritage have been brought together by the Government and can be found here https://www.gov.uk/government/topical-events/first-world-war-centenary

It seems fitting to commemorate the sacrifices of previous generations by asking our youngest to tell their stories anew and I look forward to continuing to work with local schools as the Great War centenary in August draws closer.

Of course whilst remembering the sacrifices of the past we shouldn’t forget all our armed service personnel do for us in the 21st Century.

In 2012 I took part in the Armed Forces Parliamentary Scheme, serving for a week onboard the Royal Navy’s HMS Ocean in order to get a deeper understand of service life. Throughout my time on board the dedication of the crew to public service, and their professionalism and technical expertise, was very striking. 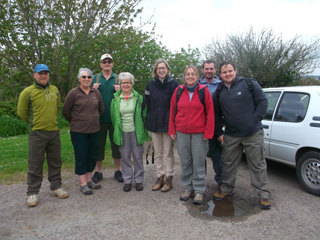 In order to give a little something back to these dedicated men and women I dedicated my 2014 Tall Ships Challenge to a military charity, walking across the Truro and Falmouth constituency to raise funds to enable locally based charity Turn to Starboard to take part in the 2014 Falmouth to Greenwich Tall Ships race. The charity teaches sailing and maritime skills for veterans and serving forces personnel alike, boosting confidence and employability whilst providing contact with the therapeutic forces of the natural world.

The walk took place on a blustery weekend in May, starting at the ever beautiful St Anthony’s Head before heading up the Roseland coast towards Truro. We managed to raise over £2,500 in total, money that will help some of the brave service men and women Turn to Starboard work with to take part in the amazing experience that is the Tall Ships race.

One part of our armed services community needs particular support at the moment, our army reservists. Under plans unveiled in July 2013, Cornwall’s primary army reserve unit, D Company 6 Rifles, currently based in Truro and Plymouth, would be based in Plymouth and Barnstaple from 2016. If it goes ahead this move would see the end of links over two centuries old between Cornwall and the Rifles and its predecessor regiments, including the Duke of Cornwall’s Light Infantry. It would also make life harder for local army reservists needing to travel to regular training sessions, Barnstaple being a long way away from mid-Cornwall.

I have raised my concerns about the move on a number of occasions in the House of Commons, leading a debate in this subject in October 2013, and have secured an ongoing Ministerial review. I will continue to keep the pressure up and would be grateful if you could sign my petition to keep the Rifles in Cornwall – click here http://www.sarahnewton.org.uk/campaigns/petiton-keep-rifles-truro to do so.