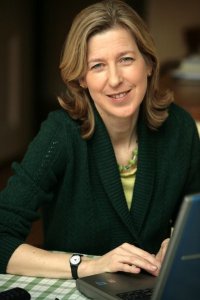 I am often contacted by constituents about the quality of water flowing through our taps as well as around our shores and creeks. There have been some real worries for mussel and oyster fishermen in the Fal estuary this past summer. High quality water is essential for our whole ecosystem as well as our health and sustains livelihoods for many Roseland residents from tourism to fishing and farming.

There are three organisations I work closely with to ensure they have the necessary resources and regulatory frame work to deliver high quality drinking and bathing water for us all. They are the Department for the Environment, Fishing and Agriculture (Defra) the Environment Agency (EA) and South West Water and we work closely together. I asked the later to provide me with a briefing of the useful information I thought you would like to know about.

I tried to condense it and failed so thought it best to give you the opportunity of reading as much or little as you wanted. Please do let me know if there is more information you would like to receive. Just scroll down…

…but before you do, I would very much like to thank Roseland Online for giving me the opportunity to write my monthly columns and thank you for contacting me with your thoughts, ideas, questions and concerns over the last year. I value all contact with my constituents and would like to wish you and yours a very happy festive season, wether you celebrate with water or something a little stronger.

This will still be subject to EA cost benefit analysis under the Water Framework Directive and Ofwat approval. In discussion with the EA the proposed AMP6 investment will only target those assets where improvement will benefit meeting the guideline standard.

Subject to ministerial approval of the AMP6 expenditure the total investment made by South West Water into shellfish water quality in the Truro, Fal and Helford estuaries by 2020 will be c. £34.2 million.

Downstream Thinking represents a fresh approach to flood risk improvements and resilience on the wastewater side. It supports our 25 year vision to prevent harmful pollution incidents and flooding from our sewers.

This approach requires working in partnership with other parties (Lead Local Flood Authorities, EA, developers etc) to identify locations and solutions where multiple benefits can be delivered.

Solutions include sustainable urban drainage systems, sewer separation, contributions to major projects such as the Exeter Flood Alleviation Scheme, and continuing our existing approach to removing properties from the sewer flooding register.