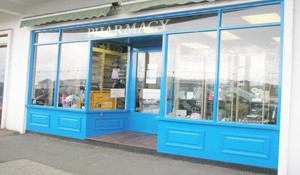 Keeping residents of the Roseland connected has been a feature of my work for you, as has supporting our essential local services. Please find below an update on some of the local issues I have been working with local people to resolve.

No doubt you will be aware of significant investment that the government and Cornwall Council is making into these essential twenty first century services. Digital infrastructure is as important as good roads and railways. Recognising that it is not commercially viable for companies to provide these services to remote, small communities, at prices people can afford to pay, the government is making subsidies available to make sure businesses and homes on the Roseland have the opportunity to access digital services and Superfast broadband. The latter is essential for many businesses as well as families and friends staying connected and learning online.

I have been working hard with local people to ensure that the Roseland is not left behind. While progress has been made, I remain concerned by the experiences of some communities suffering from unreliable BT phone connections, lack of mobile coverage and broadband and when there is broadband, slow speeds.

I have taken up directly with BT the issues constituents have brought to me and am happy to support more constituents in this way. Last week, I met with Nigel Ashcroft of Superfast Cornwall to talk through the next phase of Superfast broadband role out that aims to connect 99{c8c3b3d140ed11cb7662417ff7b2dc686ffa9c2daf0848ac14f76e68f36d0c20} of businesses and homes by 2020. I also spoke in the Management and delivery of broadband debate in Parliament last week. I raised the issue of what is going to enable access to the Internet for those people who BT will not be able to connect via fibre. I was pleased that the Minister confirmed he had taken action on my ideas regarding satellites. The transcript of the debate can found here:

I was recently contacted by Portloe Harbour Commissioners regarding a number of issues to do with an overflowing sewer at the harbour. I subsequently worked with a number of organisations, including South West Water, the Environment Agency and Cornwall Council to ensure remedial work is completed. I have also contacted Western Power Distribution about an overhanging cable at Portloe Harbour. They visited Portloe on 5 March and agreed that it is dangerous; the area manager committed to sending a crew out on 9 March and hopes to have the work done by 13 March.

Following on from the very successful public meeting on 5 February that Jane Newport of NHS England also attended, I have been reassured by the feedback that Faisel, the Pharmacist has received from both NHS England the Department of Health. However, I have been chasing confirmation as the deadline is looming. In addition to my personal representations to NHS England, I also raised the issue in the Essential small pharmacy local pharmaceutical service debate in Parliament last week. The transcript of the debate can found here:

I hope this update is helpful and please do not hesitate to contact me with your questions or concerns.