As summer draws to a close I thought it might be helpful to provide an update on some of my work for you over the last couple of months.

The first issue continues to be a frustrating one – Western Greyhound buses. Overall bus services in Cornwall are improving, with First and other providers laying on new routes and more frequent buses. However there is clearly a problem affecting Western Greyhound services, leading to lateness, cancellations and the withdrawal of some routes altogether. Portloe of course has been particularly badly affected.

I have been sad to see a Cornish company that for years has provided a service to our rural communities being affected by such problems, and to hear of how local residents have been badly affected. From people struggling to access school and work, to older people denied cherished trips into Truro, this impact has been considerable.  I have endeavoured to contact Western Greyhound to report the issues and to get to the root of the problem but have not received substantive replies. 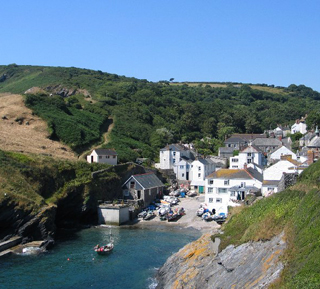 Cornwall Council do have funds to intervene, and secure alternative services if service levels deteriorate significantly.  The Government has this year boosted Cornwall Council’s budget for supporting rural bus services by nearly £1 million. Cornwall Councillors have themselves put more money into this budget, voting to increase funding to support local buses earlier this year.

I continue to make the case for the Council to step in and secure adequate services, highlighting particular the continued plight of people living in Portloe. The village needs a proper bus service and I will again be aiming the case for this when I meet gain with Council transport officers this month.

On a more encouraging note over the summer we have seen increased investment in Cornwall’s infrastructure. In addition to the boosted Pupil Premium funding I talked about in July the Government has announced that the main schools budget in Cornwall will increase by 1.7{c8c3b3d140ed11cb7662417ff7b2dc686ffa9c2daf0848ac14f76e68f36d0c20}. This means that schools in Truro and Falmouth will get an extra £75 for every pupil, helping our teachers to continue to do the great job they do.

Our rail links are also being boosted, with the Prime Minister coming to Penzance in July to announce new Government funding to support a package of improvements. The improvements, which I have been working with Cornwall Council to gain Government support for, include upgrades to signalling to make our trains more reliable and to pave the way towards more frequent services, an overhauled sleeper service and a new train maintenance depot that will create up to seventy new local jobs. I continue to press for further improvements, including half hourly mainline services to Plymouth and beyond. 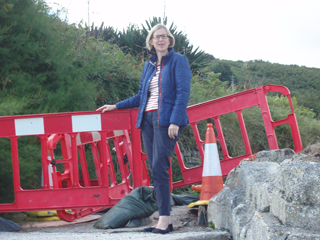 It has also been good to see the Government confirm Cornish control of £198 million of growth funding for Cornwall. This is a real power shift, meaning that decisions about the Growth Deal and the EU funds will be made in Cornwall by the Cornwall and Isles of Scilly Local Enterprise Partnership, run jointly by the Council and the local business community. I now want to see this money getting directly through to local businesses, and being used to further improve the communications road, rail, ferry and air links that are vital for the economy of Cornwall to grow.

Finally we are still dealing with the damage inflicted by last winter’s storms. I visited Pendower Beach this summer to inspect damage to the South West Coast Path as it passes by the beach.

The damage, inflicted by last winter’s storms, has resulted in rubble and debris blocking the path and is causing a health hazard. I have now written to the South West Coast Path Association, who have been given £500,000 from the Government’s Coastal Communities Fund to pay for repairs to damaged sections of the path, asking them to prioritise repairs to the Pendower section. 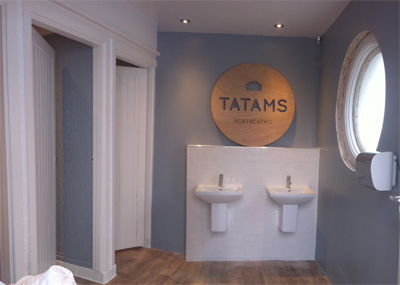 A happier visit was to the new Tatam’s café in Portscatho, opened in what was the Portscatho toilet block. This service continues in the block’s new life, as the new café and toilets are kept open for the public to use free of charge. The conversion was supported throughout by Gerrans Parish Council, and was earlier this year permitted by Cornwall Council.

It is great to see how innovative use of publicly owned space can deliver real benefits for the community. The Portscatho public toilets’ previous dependency on subsidy from hard pressed local taxpayers is coming to an end, whilst the toilets themselves are brighter and better than ever before. This really is a win for taxpayer and user alike.

Of course the block is also now home to a great new business, whose refreshments will be enjoyed by both residents and visitors. I wish Simon and Jemma the very best for the future and am grateful to them, to Gerrans Parish Council and to Cornwall Council for enabling this transformation to take place. As Cornwall Council looks at how it can deliver value for taxpayer’s money whilst providing first class public services it should be looking closely at the pioneering Portscatho way.