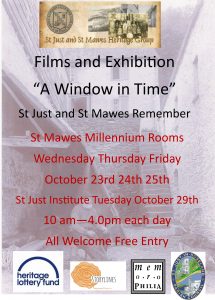 In 2018 the group began a year-long project to record the memories of local people concerning the history of the older buildings in the parish. The target areas were the buildings around the Harbour in St Mawes and those around The Square in St Just. In order to carry out this project, they applied to The Heritage Lottery Fund for £10,000 and were fortunate to be awarded the money. This enabled them to employ The Storylines Group to organise and carry out the project with their help and support. 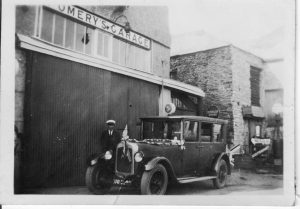 by filmed recordings of nine other local people walking beside the buildings. Their memories, going back 50,60, or even 70 years, include information about the characters who lived in the buildings; the business that was carried out in them. They described what life was like at this time, which buildings were shops, what they sold and who ran them. They talked about how people got around and what special events and entertainment took place when they were children. The end product of this project will be 2 films, one from each village.

Young people are involved with the project. At St Mawes School, the pupils will see extracts from the film and make their own memory books after interviewing an older person in their own family. The Youth Group of older students will be creating artwork using ideas from the fascinating stories told in the film. 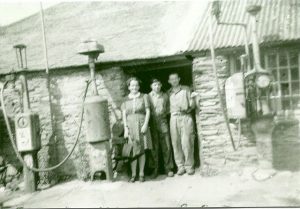 In October the project concludes with a Celebration Event in each village when the films will be shown and there will be an exhibition of photos taken during the course of the project then the exhibition and the film will be shown for three days in October during half term and is open to anyone who would like to see it. The dates for this are Wednesday, Thursday and Friday, October 23rd, 24th and 25th at The Millennium Rooms St. Mawes from 10 am -4 pm. The exhibition and film then move to St Just and will be open there on Tuesday 29th October at The Institute from 10 am – 4 pm.

Do go along and visit the exhibition and hear the interesting stories of the people and events that took place in our community all those years ago.  A big thanks to all the organisers!