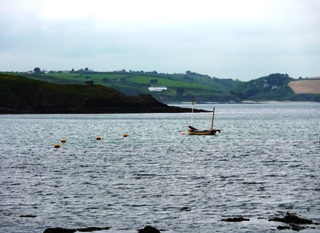 May’s been a month of good progress for us. Although the weather’s remained quite unsettled for this time of year, we managed to find a calm day a couple of weeks ago and made the most of it to lay our mooring off Portscatho.

We came round to Portscatho on Planet, our gaff cutter, with the mooring on board and decided on a good spot in the Pit. We then used Planet’s staysail halyard to hoist and lower the anchor and chains for our mooring, with much appreciated help from our friends Debs and Chrissy. 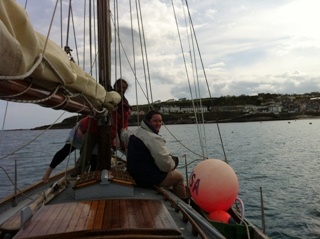 I was slightly apprehensive about laying a mooring, given the large quantities of heavy chain and the importance of the job. In the event, it all happened without hitch, rush or panic and was over and done with surprisingly quickly.

In fact, the worst part of it was towing the mooring equipment down the river to Planet from the shore at the beginning of the day; the dinghy was decidedly precarious! 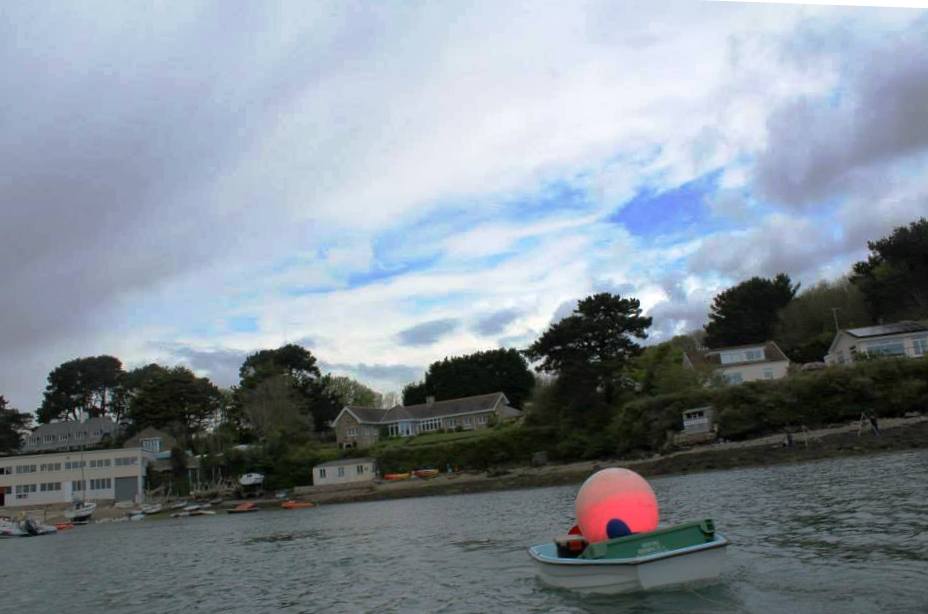 A few days later we had a couple of days of fair weather and decided to bring Kensa back home to Portscatho to try out her new mooring for size. It was great sailing round from Percuil, if a little gusty, and Kensa performed really well with a reefed main and mizzen.

Thankfully, we managed to pick up the mooring on the first go, which was a relief given the likelihood of an audience and we even caught a pollock on the way!

As you know, the weather turned last week and Kensa spent her first few nights on her mooring with fresh north westerlies. With little change in the forecast and a weekend booked up with other commitments, we decided to try out the Land Rover and trailer and get her out of the harbour before a gale came in. This way she would be out of the way of bad weather and we could fit the fishfinder while on dry land, which would be significantly easier.

Getting Kensa on the trailer went well, if somewhat awkwardly and slowly. It’s another job that we’ll end up doing quite frequently but which we’ve never done before, so I would imagine after a few more practices we should speed up quite a bit! The Land Rover’s a beauty and we’re both really pleased we’re now able to be self-sufficient with Kensa and launch and recover her as necessary. We’re also pleased the mizzen mast just fits under all the telegraph wires going up Gerrans Hill from the harbour. That saved a job! 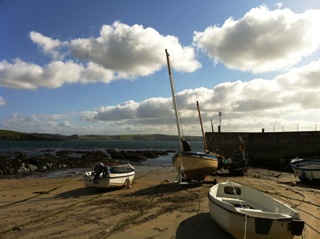 Back at home, we’re working on fitting a fishfinder and a new locker inside. Once these jobs are done we’ll put Kensa back on her mooring as soon as we can over the next few days, weather permitting. We can’t wait to get out into the bay and try out some proper fishing!