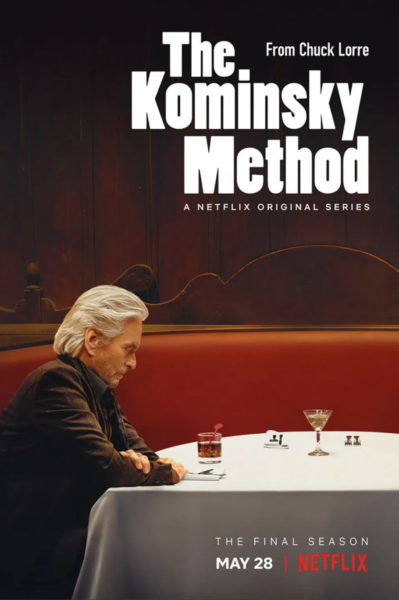 Following the life of a once award-winning actor (Douglas) now acting coach and his best friend, former agent (Arkin), this delightful comedy series depicts the issues of old age and the questions of existence.

I passed over this quite a few times until I succumbed to watching the first episode. Maybe it’s because I reach my milestone age of 60 this month or maybe it’s just because it stars two veteran and extremely talented actors that it resonated with me. Who knows, but enjoy it I did.

The third and final series aired on Netflix this week and I binged the lot in one evening. This is certianly a series that I’ll miss and I love the fact they have so many ‘name’ actors playing cameos like Morgan Freeman and Kathleen Turner, which only enriches the series’ enjoyment. A stonker!

Verdict: I delightful and comedic reflection on old age and relevance in today’s society. *****