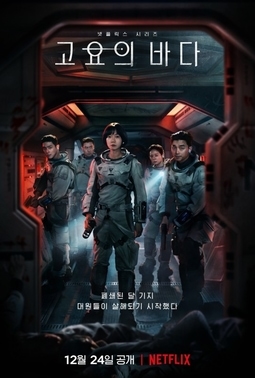 When earth suffers from a lack of water and food caused by desertification, Han Yun-Jae (Yoo) – a soldier for the space agency – is selected for an investigation team along with Song Ji-An (Doo-Na) to travel to the moon. Their mission is to retrieve a mysterious sample from an abandoned research station and bring it back to earth.

This Korean series is one of many introspectives currently on Nextflix (including the star studded Don’t Look Up) on how we deal with world-ending tragedies. For me, though, this adaptation of the writer/director’s short story, Sea of Tranquility has a far deeper impact.

The acting is convincing, the story gripping and from beginning to end, you’re left guessing the hows, whats and whys of where it’s all going. Great TV leaves on with a residual feeling, far after the show has finished and for me, this was as poignant as it was engaging.

Verdict: Watch the first episode and I defy you not to binge the rest. ****