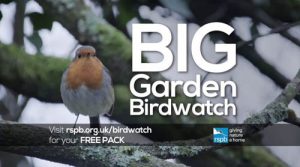 It is mid-winter, but birds are beginning to sing as they seek mates and establish territory. Robins have sung for weeks and as night falls the haunting calls of tawny owls have pierced the darkness. Now they are joined by others, like those listed below, as daylight lengthens.

The RSPB Big Garden Birdwatch results for 2019 have been published. Although there has been a reduction of around 56% in the total numbers of birds in gardens since the survey began in 1979, certain bird populations are stable: – e.g. house sparrows, starlings, blue tits, great tits and wrens. Some populations are increasing: -e.g. woodpigeons, robins, magpies, goldfinches, chaffinches, bullfinches, coal tits, long-tailed tits and siskin, while some populations are sadly declining: – e.g. greenfinches, blackbirds and song thrushes. 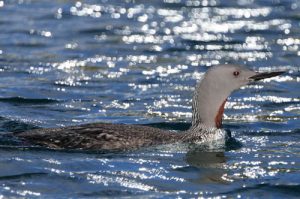 You might like to take part in this worthwhile survey which this year runs from the 25th January to the 27th January. Have a look at the RSPB website. The survey itself is very user friendly. It shows you how to participate, how to attract birds to your garden, and how to recognise the birds that come into your garden.

There is a section too which allows you to add other wildlife records in your garden e.g. grey squirrels, foxes, badgers, deer, frogs and toads. This is especially appealing to children and hopefully will raise their interest in the Natural History around us on the Roseland. 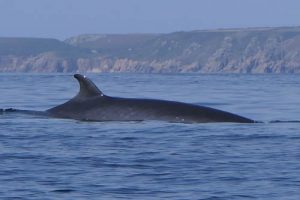 The sea around Cornwall is an amazing area, often giving us unexpected surprises, but none bigger than the Humpback Whale which suddenly rose this summer in front of Rupert Kirkwood’s kayak, while he was filming on the south coast in Mounts Bay. You may have seen the video of that on the BBC national television news. 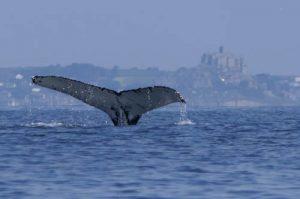 Rupert, also known as “The Lone Kayaker,” specialises in taking photos and footage of sea life from his kayak and is highly respected as a photographer. I am therefore delighted to let you know that he has agreed to Wild Roseland’s invitation to share his experiences, and will be presenting a selection of his stunning photos of  birds, cetaceans and other sea life, with an emphasis on Gerrans Bay and the adjoining areas around and about the Roseland on Thursday, 16th January.

Rupert Kirkwood shares his experiences of taking photos and footage of sea life from his kayak through a presentation of photos, with an emphasis on Gerrans Bay and the adjoining areas of the Roseland. Thursday, 16th January at 7.00pm at the Portscatho Harbour Club.