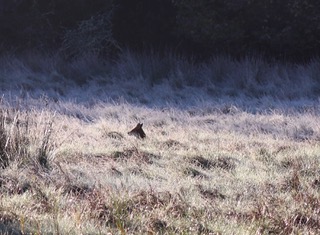 December is a great time to listen to the sounds of nature at night. It is when foxes can be heard communicating. There is a good reason for this. It is the mating season for them, but the female is only interested for around 2 to 3 days!

Inevitably the dog fox lets her know he is there with a loud barking in the night: and she may answer him if she is interested, with a piercing scream, as well as barking herself. They have quite a repertoire of communication skills, murmurings, grumbling, clicks, yaps and gruff noises.

When successful mating takes place there is a surprisingly short pregnancy. It is usually just under two months from conception to the birth of the cubs. Curiously, while foxes usually live in their own underground dens, some have been known to behave as squatters co-habiting with badgers in their holts, and occasionally, I understand, in warrens with rabbits! 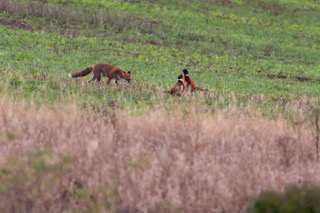 During the day, if you are lucky, you may see a fox, although you are more likely to spot or smell signs of foxes. The males mark out their territory in obviously noticeable places with poo which varies in colour:- white, purple or brown and is recognisable because it is solid and twisted in shape with a curly point. You may also notice an unusual musty pungent smell where foxes have marked places with glands in their bushy tails or you may catch the smell of urine. But enough of this. I don’t want to put you off your Christmas dinners. 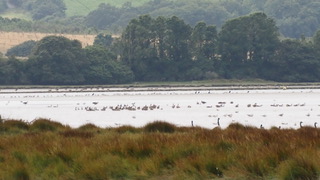 I thought you might be interested in the following information. The Fat/Ruan estuary is one of the 8 areas of the UK being currently featured in short clips of film on Autumnwatch, first shown last year.

It highlights wildlife and its sounds at its best, in a totally immersive experience of the wonders of nature in various parts of the UK. There is no music and no commentary, just a visual and audio feast upon which to reflect.

If you missed it before, here are the details. Please note it appears intermittently along with other looped programmes. The Fal/Ruan Estuary Sections appears at just gone 9 minutes into the programme. 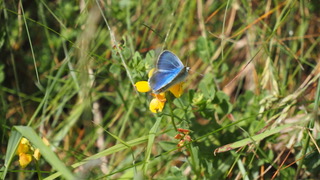 At our AGM  which took place on the 23rd November, Harry Davies, one of our local Roseland National Trust Rangers, gave a presentation on Butterflies. The theme was ” The Survival of the Fittest” and it was was absolutely fascinating.

Using a mixture of photos, film and commentary, we were  shown the strategies some species have for coping with the various habitats in which they exist.

For example, some butterflies have a symbiotic relationship with ants and need them to protect and feed developing pupae. Others live their lives totally within a 50 metre radius, dependent upon specific plants. Some only live as butterflies for a few days, and others for around a month.

Migrating species depend for their journeys on the wind direction several hundred metres above ground and assess that by making exploratory flights up from ground level to the height needed. If the wind is in the wrong direction, they come back down to their current home patch and try again later!

Many thanks Harry for such an absorbing presentation which was really appreciated. 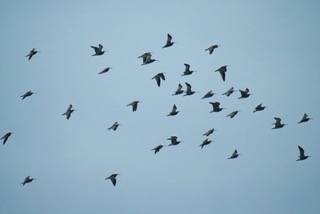 Answers, which may vary, will be in a future newsletter!

It has been a challenging year for many of us but we are reminded that nature goes on all around us, we are so fortunate to live in such a wild place. Wild Roseland has weathered the storm thanks to your continued support and we are looking forward to 2022 and welcoming new nature enthusiasts into our fold.

Thanks to you all for supporting Wild Roseland, 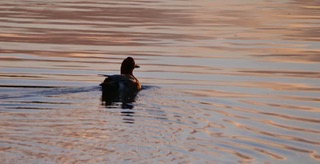 All at Sea – Watching Wildlife from a Kayak 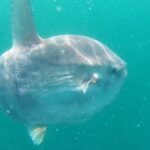 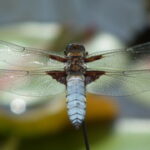 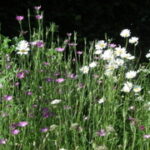 A Flora of Cornwall

All our evening meetings will take place in Gerrans Parish Memorial Hall. Car parking is free for anyone attending. Admission is by donation, and agreement to abide by whatever advice is in place currently for that venue regarding Covid.

David Hall for the article