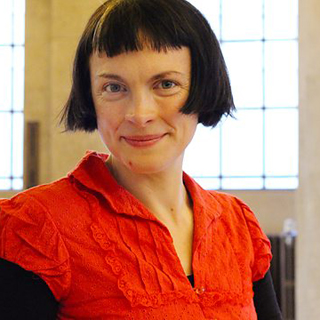 I came across Emma Hooper’s debut novel in a list produced by one of my favourite bookshops (not just any old bookshop, see footnote). The list was headed “a quick run-down of the oddities and delights that made it into our hands…”

If you’ve read ‘Etta and Otto and Russell and James’, described by The Observer as ‘one of this year’s hot tips’, or even if you’ve only read my recent review of the book, you won’t be surprised by that description. The book, which Emma describes as “a love letter to my homeland, the Canadian prairies” is original and multi layered, rather like the author.

Both the place and the characters in ’Etta and….’ draw on elements of the lives of Emma’s grandparents – her grandfather and Otto are both from farming families, both have 14 siblings. She includes some of her Grandmother’s recipes and one of the characters (try to guess which!) reflects many of Emma’s traits. But, although there are some real life elements, as Emma says, “words are very powerful and, as an author, you get to do what you want with the story”, 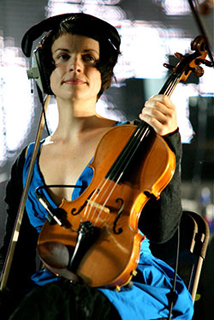 As a sucker for an ‘interesting fact’ I was fascinated to learn from Alberta-born Emma that Saskatchewan, home to many of her family, is two and a half times bigger than the UK, with a population 17 times smaller. It’s certainly underrepresented in fiction and that was a major starting point for the story. It’s a hot, dry, dusty place full of wheat, flax and gophers, ideal for a story covering the period from the 1930s to the present day, with the war playing a key role in the lives of three of the headline characters (James is much younger and was not affected by the war). It’s a story about memory so, as Emma explains “that means it’s not necessarily chronological; time and perspective sometimes overlap”.

Given that Emma has a day job and a night job and several other jobs, I asked her how long ‘Etta and…’took to write and research.

“About two years. Although, that was at the same time as playing gigs and lecturing at Bath Spa University and teaching violin lessons… so if you just count the writing time… probably about three months! Okay, that’s not true. If I wasn’t doing those other things I most likely would have gone a bit crazy just writing and not have finished the book at all!”

Have you always wanted to be a writer? Or did you have an alternative plan as you grew up? 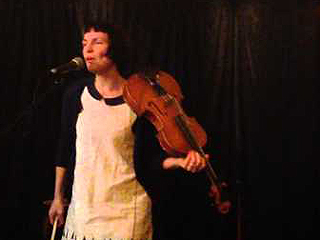 “I still don’t know for sure what I want to be or even what I am! I’m one third musician, one third academic and one third writer… for now.”

“It’s not always fun. Think of it like running a marathon. Sometimes it’s painful, sometimes it’s glorious and a lot of the time it’s just routine, taking one little step at a time.”

“I think all authors initially write for themselves. You can’t get through the often-arduous process of completing a novel unless you yourself like it! So, I was my own first target audience. Beyond that, well, I like to think it’s for everyone! Except small children too young to read, I suppose…”

Emma has published academic papers, written short stories and poetry, the list goes on. So, what about the ‘other’ Emmas? Her solo project “Waitress for the Bees” tours internationally. If you want to listen to Emma as well as read her book I recommend ‘Dropsophila’, which, to me, sounds like a wonderful and incredible mix of The Pogues and Burl Ives! (That’s a complement, by the way.) 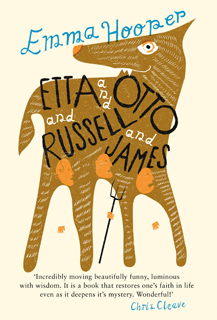 Given that we met in a ‘proper’ book shop, I was interested in Emma’s thoughts on eBooks – good, bad, indifferent?

“Probably good overall, for the world. Anything that promotes reading and makes it easier and more widespread is great in my eyes. That said, I don’t use one and can’t see myself turning to one any time soon. I’m too in love with books as wonderful physical things.”

As we chatted, some of her music was actually playing in the background, so what’s next? Another book, more music?

Emma says that, as well as working on a book set in Newfoundland, featuring mermaids “in terms of other things, well, I am right at this minute about to release a new album of viola-pop called CICADANTHEM…”

Amazingly, she still has time to read for pleasure, from Marquez, and Borges to Canadian writer, Alice Munroe. She also skis, enjoys the films of Wes Anderson and listening to music, especially when she’s writing, with Owen Pallet being a current favourite (note: if you’ve never heard his music, here’s a hint…sounds like it should accompany one of the current crop of Scandi dramas – I love it, and them!)

“Etta is drawn to the water, something I think Cornwall can relate to. So go get the book (‘Etta and Otto and Russell and James’), read it, and tell me what you think!

Acknowledgements: my thanks to Dulwich Books, winner of the Best Independent Bookshop UK & Ireland 2014 award, who drew my attention to Emma’s debut novel, facilitated the interview and, to oil the literary wheels, provided rum punch and, for me, a sparkling water cocktail. My especial thanks to Dave Faulds, ‘organisational powerhouse’ (his words!), for doing the groundwork.