Sallie Eden chats to Anthony Paul, author of two rather different books, ‘Wolf on the Mountain’ and ‘John Doe’ 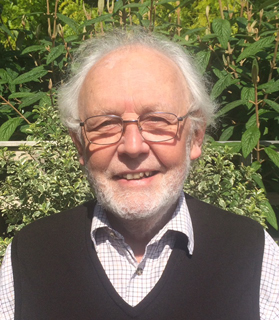 As regular readers of this column know, I have interviewed a wide range of writers over the past few years; all were generous with their time, most were interesting – although some more than others – and a large number were very good company.

Then there are the interviews that are not just interesting but pure enjoyment too, where we discuss not just books but life, the universe and everything. My meeting with Anthony Paul was just such an occasion. Subjects ranged from the Higgs boson to doctrinal schisms in the early Christian Church and from equal right movements to the Dulwich experiment, via changes in the standard of poetry over the past 50 years and European architecture, with detours to discuss the restrictions of the limited e-book typefaces. We even found time to talk about his books too! No wonder our plan to talk for an hour ended up at over three hours.

I started by asking Anthony about how and when he started writing and who his inspirations were.

“I have been writing poetry since I was 14, originally inspired by Ted Hughes. I was very lucky to have exceptional English teachers at school, as demonstrated by the names of some of my contemporaries: Michael Ondaatje, Graham Swift, Simon Brett[1], John Barrell and Anthony Barnett. One of my teachers introduced me to Howard Sergeant, who was very encouraging, as was Adam Grindea, who introduced me to Pablo Neruda. I even had a complimentary ticket to the 1965 International Poetry Incarnation at The Royal Albert Hall, but lost all my contacts on the poetry scene when I set off for five years of world travel in the early Seventies.”

“My aim in both in my poetry and in my novels is to so engage my readers so that they question themselves. And, of course, to write well. I tried writing a novel in my late twenties, but soon gave up, appreciating that I needed more life experience before I could create three-dimensional characters with complex back-stories, which you need if you are going to engage your readers.”

So, what are the books about?

‘Wolf on the Mountain’ is a story of loyalty, fear and love set in 1943, against the background of a German attack on a partisan camp in the mountains behind Cassino. A British prisoner-of-war escapes and realises the only way to avoid detection is to transform himself into an Italian and work with both communists and fascists. It’s unusual in that, unlike most stories about WWII, it’s set in Italy and it’s not so much about fighting as about trust. What’s also intriguing is that Anthony has added some clever ‘hooks’ throughout. Right at the end he even gives a clue about what happens next….or does it?

A film waiting to happen? I have already put in my request for a ticket for the premiere.

‘John Doe’ is very different. A City lawyer disappears on a remote Greek island. As his son tries to trace him he uncovers details of his father’s past, together with potentially dangerous political and business secrets. His father’s old diaries hint at a passionate affair with an unnamed lover. But this is a bit different from other romantic mysteries (or is it a political mystery with a hint of romance?), involving mature adults with families and real lives.

Anthony explains “The trigger for ‘Wolf on the Mountain’ was my father’s decision, 50 years after the war, to tell me the story of his escape from an Italian prisoner-of-war camp. Six of the nine months it took were with partisans. It set me wondering how I would have coped with what he had to endure and I set out to find out as much as I could about POW links with partisans. Eventually I realised that there was a novel there which I now felt mature enough to write. I went to Italy to do some location research and was very fortunate to find some of my father’s partisan families. I now had their perspective and a new angle: culture shock on both sides.”

“It took five years to complete because I was learning a new trade and I lost both my parents early on. I tried publishing in the conventional way, but it was a bad time: some of the agents listed in the yearbooks were now working from home, others had given up. And I received some dispiriting knockbacks: one told me that I had to make up my mind whether I wanted to write literary fiction or a thriller. In the end I self-published some eight years after starting the project.” 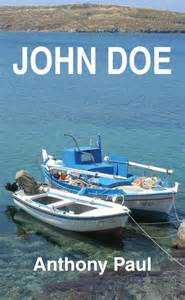 “’John Doe’ came about in a strange way: a Kubla Khan[2] inspiration on holiday in Greece. I woke up one morning with the entire novel in my head. I had been subconsciously working on it for years. I’d kept a diary – writer’s notes if you like – during my overland journey to Australia in the hippie era, so I already had a lot of material. Within a week I had written 15,000 words with gaps for chapters for which I would need to consult my diary or do research. The first draft took only three months, but it needed another 18 to polish it up. I went straight to self-publishing and the book was in print within two years.”

Something which readers are always keen to know, how and where do you write?

“On my own in a quiet room or in my garden and only in the morning when my mind is fresh. I also spent a lot of time writing and revising in Italy and Greece so as to maintain a sense of place and local expression. Sometimes at home I would play Italian or Greek music quietly in the background.”

“As I do with my poetry, I handwrite my first draft, constantly revising it. Because it is such a slow process one needs to think first and then express oneself precisely. When it looks good enough I type it onto my computer, formatted so that a page has the same number of words as a paperback. I print it off and amend it by hand. I do this through successive drafts.”

“In my first draft I am getting to know my characters and their motivation, but this reveals too much too soon. I then, through successive drafts, set out to obscure things, hinting rather than saying, moving revelations to later in the story, so as to maintain narrative interest. One early scene in ‘John Doe’ I moved some seven times until I found a home for it by changing its hook.”

I was intrigued to discover that, later in the process, Anthony reads the drafts out loud so as to spot and correct what he calls “infelicities”.

He says “My first draft is a matter of daily grind. As I work through later drafts it is a matter of putting the work aside for a few weeks, then returning to it with a fresh mind.”

“I sought comments on both my books before publication and Jan Adonakis, an English poet who lives in Greece, was quite marvellous, making some very helpful technical and thematic comments on my early drafts.” 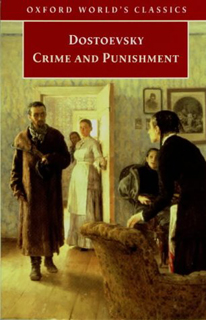 In answer to my question about his target audience, Anthony says that it was difficult because the books are so different, “one a ‘roman à thèse’[3] and the other a satire”. He concludes that it is “anyone who might be interested in my approach to story-telling and the subject-matter”.

I already knew that Anthony is a big fan of Thackeray’s ‘Vanity Fair’ so I asked him what other authors he admires. He says he enjoys “ones who make you think about your attitude to things. The roman à thèse is practically unknown in British literature, so my favourite authors tend to be Europeans: Camus is my absolute favourite, but I also greatly admire Tolstoy, Kazantzakis, Hasek, Silone and Greene. On the lighter side I most enjoy Evelyn Waugh, whom I was reading the week before I started writing ‘John Doe’, and who may well have influenced it.”

Any advice for would be writers?

“For any aspiring novelist I can heartily recommend David Lodge’s book ‘The Art of Fiction’, which I found enormously helpful.”

“I’m concentrating on my poetry at the moment, reading it at local groups. But who knows? There might be another Kubla Khan moment, but it would have to be a theme unique enough to merit two years’ dedication, given the current state of the publishing industry.”

Finally I asked him about his links to Cornwall

“My family holidayed in the Trebarwith area every year when we were children. It was idyllic: cream teas, beach cricket, body-board surfing, fishing in rock pools and all that wonderful scenery. I came back twice in recent years and was disappointed that so much wild scenery had been built on, but that I suppose is economic progress. But I will come again: to see the Atlantic smashing against those cliffs and rocks remains wonderfully therapeutic.”

[2] ‘Kubla Khan; or A Vision in a Dream: A Fragment’ is a poem written by Samuel Taylor Coleridge, published in 1816.

[3] Roman à thèse: literally a ‘thesis novel’ such as Candide by Voltaire or Crime and Punishment by Fyodor Dostoyevsky