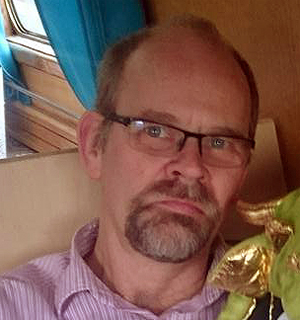 I came across Marc Grimston via The Arthur Ransome Society (TARS), of which we are both members. I noticed his informed and original Facebook posts and Ransome related brain teasers but only later discovered that he was a writer. A few clicks later I’d found his book ‘Grandpa Six Legs’, written for pre-schoolers and early readers.

We finally met in June at the cast and crew screening of the new Swallows and Amazons film, due for release later this month. Over coffee – and the sound of faulty fire alarms all around Leicester Square – we chatted about his love of reading, life on and near the water, his writing career and his work with schoolchildren.

First, on the agenda, of course, were Arthur Ransome and reading (or was it the other way around?). No prizes for guessing Ransome was one of Marc’s key influences and helped him develop his love of reading.

He explained “when I was a child, my parents had a list of ‘approved authors’ which included the Classics, E Nesbit and Arthur Ransome, whom I particularly loved. As I read Swallows and Amazons and the rest I wasn’t just reading a story and imagining outdoor life and Wild Cat Island, I was part of it. I think a good children’s story is when you can see it in your head as you read it. I still enjoy those books and his others and would love to see a really good film of Ransome’s life.”

And what of Marc’s writing? 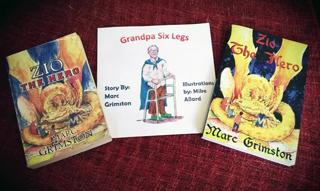 “I’ve always been a story teller – short stories, poetry and so on – and I made up bedtime stories for my own four children (two of whom are now at University), however it’s a big step from that to creating an actual book, but when friends challenged me to do so I decided to give it a try. Zio the Hero* was my first book. I road tested it at a party, by displaying copies of some of the pages. I didn’t give any clues about authorship or why they were there and I just watched reactions. It could have ended badly but people really seemed interested and were quite complimentary”

“Before that, I had started and abandoned stories but Zio was different. In fact, when I read it after it was finished I was actually amazed at how good it seemed. It helped that I was able to draw on my experiences as a father and medieval re-enactor, and I tried to bring to the page my love of history and my sense of fun and excitement, to produce an adventure story of the sort that children love to read.” 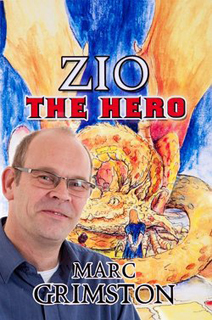 “I used some real life places in the book, including two real castles, Framlingham and Orford in Suffolk. The description of Framlingham in the 21st century is exactly as the castle is now and readers can find all the items that I describe in the story.”

“Unlike Ransome though, whose illustrations are so familiar to many of us, the artwork in my books is by a friend (Mike Allard) as I can’t draw”

Marc’s father was the inspiration for ‘Grandpa Six Legs’, which was published ten years after his death from dementia. Marc says “he was a superhero to his grandchildren, as all grandparents are to their grandchildren and the book is dedicated to him.” In case you’re wondering, Grandpa does indeed have six legs; that’s him on the cover. And he really is a superhero…possibly.

And what of Marc, when he’s not being Marc-the-writer?

“I’m a member of the TARS East Committee and actively involved in the society. I’m not a sailor but I love the water. After living in Southend for many years, I now live on a narrowboat on the Norfolk borders where I’m surrounded by nature. There are no intrusive noises, so I can concentrate more easily on writing. Swans and other birds are the only visitors and I really have space to think and to write, although sometimes I write in a crowded cafe or public place. I find both work well for me.” 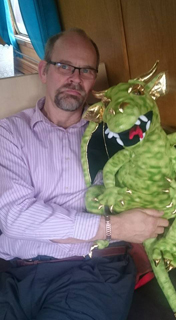 “I really believe in encouraging literacy and in the value of self-worth so I think it’s important for children to understand that, with dedication and determination you can do anything. I use my writing and storytelling to encourage children and, hopefully, empower them.”

“I’m the manager of a Pharmaceutical company which means I can make time to visit schools where I work with dyslexic children. I have what I think is quite a creative approach and I tell children about books I’ve written, but I don’t tell them until much later that I too am dyslexic. It helps them see what can be achieved if you challenge yourself and keep trying.”

What now? What next?

“I’ve just had a holiday in the Lake District, having finished work on a follow up to Zio, due to be published shortly and available from an Amazon website near you!” 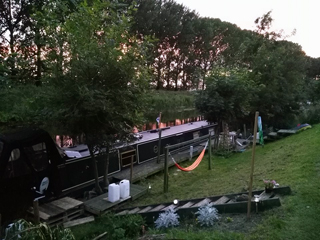 What am I expecting from the new book? A teaspoonful of E Nesbit, a pinch of CS Lewis, a sprinkle of Terry Pratchett and some spirit of Arthur Ransome perhaps? Watch this space to see if I’m right.
Finally, you might like to know that Marc has quite a significant link to Cornwall; he was once beaten to death at Tintagel!

*Zio the Hero is reviewed for Roseland online this month.