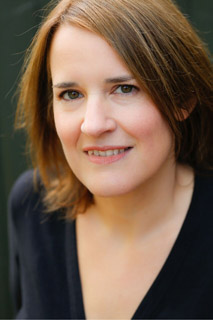 First, a bit of background:

Laura grew up in Wiltshire and studied English at the University of Sussex. She worked for almost twenty years in conference production, until deciding, at the age of 41, that it was time to pursue her lifelong dream of writing a novel.

Like most of us, she has started many things but never finished them! Fortunately for her readers (and probably for Laura herself) she is now lucky enough to write full time. She says, “I’ve always written, but never had anything published before ‘Friend Request’. I did write about a third of a crime novel fourteen or so years ago, but life got in the way and I never completed it”.

“I’d always thought I had a novel in me, but in Autumn 2015, it was as if a switch had been flipped and I just knew I had to give it a serious go. I had the germ of an idea – a woman getting a Facebook friend request from someone who was supposedly dead – but no idea how to go that step further and structure a whole novel.”

“Fortunately, I was accepted onto the Curtis Brown Creative novel writing course on the basis of 3000 words of what would become ‘Friend Request’. Whilst on the course I received invaluable feedback on early drafts, not only from my tutor, the brilliant novelist Erin Kelly, but also from my fourteen coursemates. I also showed a couple of close friends, keen readers whose opinion I value, and my husband. Six months later I had a completed first draft, had been shortlisted in two major writing competitions and had the agent of my dreams.” 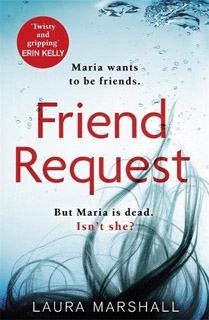 Fearing that I might be the model for the Esther character in the book (read it and you may see why), I was interested where the idea for her characters came from.

“Better Esther than Sophie! Some of the relationships in the 1989 sections of the book were definitely inspired by my own teenage experiences, although none of the characters are specifically based on any one person. I’ve always been fascinated by how our experiences during those years stay with us into adult life, and this has been borne out by the reader reaction to ‘Friend Request’. I’ve had women writing to tell me about their own experiences with bullying or challenging friendships, some that happened more than fifty years ago. These things stay with us.”

“I set it in Norfolk because the story I started and abandoned fourteen years ago was set there. That book centred around a windmill that had been made into a holiday home, inspired by a real one I had seen on a holiday in the area. A couple of the characters made their way from that book into ‘Friend Request’, so it felt right to set it there. I also wanted Louise to have grown up in a small town, as I did, and it needed to be near a cliff top, for reasons that will be apparent to those who have read it!”

“My second novel ‘Three Little Lies’ has just been released in hardback and eBook. It’s another psychological thriller about a young woman called Ellen whose best friend goes missing. The police won’t take it seriously, but a traumatic event in their shared past means that Ellen has good reason to be worried. As the story flips back and forth between their teenage years and the present day, the full truth of what happened that fateful night is slowly revealed. It’s a twisty coming-of-age thriller and it’s wonderful to see the reviews coming in – so far people seem to be enjoying it!”

“We’ve recently moved house and I have the luxury of a dedicated office which is wonderful, but I also write on trains, in cafes, waiting for my two sons in sports centres and so on. I’ve made a start on my third novel, which centres on a woman whose life has been defined by a tragic event she witnessed as a young child. When she moves back to her home town, and meets the journalist writing an article about this event, she begins to realise that everything she thought she knew about that day might be wrong – a realisation that will put her in danger.” 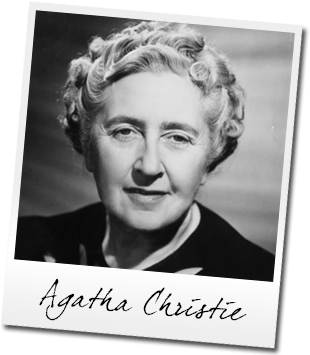 “Of course, I’d like everyone to read my books! And like all authors, I absolutely love, and have always loved, to read, especially crime fiction. Agatha Christie is the queen of course, but I love many other authors including Nicci French, Sophie Hannah, Erin Kelly, Sabine Durrant, Ian Rankin and Minette Walters. I could go on!”

“I know from my publishers that the main audience for psychological thrillers is women, but I’ve had lots of emails from men who have enjoyed my novels too. The messages that please me most, and I’ve had a few of these, is when someone tells me they’re not a big reader, but they loved my book, or that ‘Friend Request’ was the book that helped them rekindle their love of reading following a reading slump. That makes me really happy.”

“Something I didn’t realise about being a published author is that I would get sent other people’s books to read. Although my ‘To be read’ pile can get a bit overwhelming at times, I still can’t believe how lucky I am to do a job where, not only do I get to do my favourite thing all day, I also get sent free books!”

And, if I may add a few words of my own, which echo Laura’s acknowledgements at the end of her book ‘thank you to all the parents who pass on their love of books’.