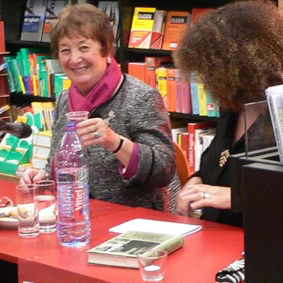 I confess I only recently discovered Ann Granger’s books, having randomly picked up ‘Running Scared’, one of the books in the Fran Varady series of crime stories. Such a pleasure to find an author whose work you enjoy and even more of a pleasure to know there are lots more of their books to look forward to. So, this winter I shall start with the rest of the Fran Varady series and move on to Mitchell and Markby, Campbell and Carter and Lizzy Martin.

Born in Portsmouth, where she went to school, she later attended London University, achieving a BA in Modern Languages (French with German). After living in France, where she taught English, Ann then worked in the Visa Section of British Embassies abroad, marrying a fellow civil servant. They lived first in Zambia, then in Germany, before returning to the UK. Quite a departure from her original aim of becoming a veterinary surgeon! One thing has remained constant though; as she says “books were a passion then and have remained a passion ever since”.

Ann started by telling me that her love of Cornwall is of long standing, “since we took family holidays there when I was a child, before the arrival of motorways. The journey down took hours in a tailback of cars; my parents, myself, my grandmother and our dog all crammed into the car with all our luggage and anything my mother thought we might possibly need. It was a real expedition, particularly as my uncle, aunt and two cousins followed in their equally crammed car. Many years later this experience was repeated when my late husband and I, two adult sons, a daughter-in-law and two grandchildren made similar expeditions to the North Cornish coast.” 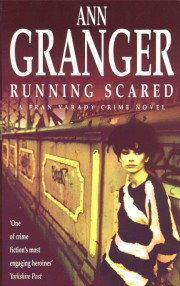 I asked her how and when she started writing and she says “I think I was always a writer at heart, even as a child I wrote stories for myself, often illustrating them as well. It was some time before I became a writer by profession. Even then it was a while before I sat down and wrote the first of the Mitchell and Markby books, ‘Say It With Poison’, which readers seemed to like. I have now written a further fourteen M and M novels and have decided that it’s the right time to stop. When writing any series I feel there is always a danger of the characters becoming stale and it is best to rest them before that happens.”

“Fran Varady is based on a young woman I’d seen in a pub in Golders Green. I knew nothing about her but her appearance; her confidence and individuality struck me so I put the image of her in a box I keep in my brain filled with odd ideas and observations. One day, much later, I had the idea for a story; took the memory out of the box and into the book she went.”

“I had intended to write three Fran Varady stories but ended up writing seven. Then it was time to think of something new. So I went back in time for my Victorian stories and started a new, modern, West Country series with Campbell and Carter.”

“Of course I miss Meredith and Alan and also Fran and her friends. They may turn up again one day, but I have no plans at the moment to bring them back.” 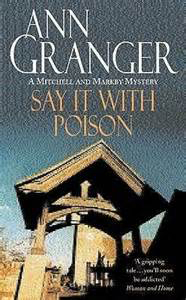 “Mitchell and Markby have made many friends in North America and the books are currently being translated into Russian, as are the Victorian books. My books have also been translated into other languages including Czech, French, Estonian and Romanian. And all the books have been translated into German. Many of my overseas fans are German language speakers. It’s very pleasing when large audiences turn out when I do books tours in Germany. Their enthusiasm has always touched me. This photo of me was actually taken on a recent book signing tour of Germany”

I wondered if Ann has a favourite character of those she has written about and what sort of books she enjoys reading.

“When you ask which character is my favourite I think I shall have to pick Fran Varady because she is such a free spirit.”

“For my own reading I can always turn to the writers of the so-called Golden Age. For modern books, I am an admirer of CJ Sansom’s Tudor mysteries. And there is always Inspector Montalbano to transport me in mind to Sicily and all those wonderful meals he is always eating.” I couldn’t agree more!

And what about target audience?

“I don’t have a target readership as such, but, writing any book, I ask myself, would I enjoy reading this yarn? If the answer is yes, then I think, well, perhaps someone else will enjoy it too! 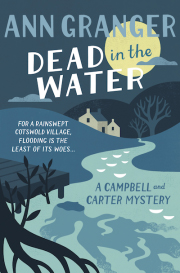 Finally, I asked Ann if there any questions she wishes people would ask, but never do. She says “There are few questions no one has ever asked. Writers get asked the most personal things! Sometimes, not often, someone does ask, what pleases you most about the success of the books? Then I can honestly reply, ‘that someone has read and enjoyed them.’ Several readers have got in touch to tell me that when they’ve been going through a period of stress, the books have provided escape and support. It can’t be better than that.”

Maybe the clue to my enjoyment of her books (and what other fans of her writing feel) is to be found in this interview – Ann’s genuine pleasure that someone likes her books, that they provide an escape and that, when writing , she is thinking of her reader and trying to (and succeeding in ) writing a ‘good yarn’.