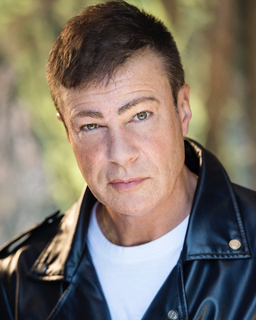 All interviews are interesting, some are absorbing, and others are just good fun. When I say that our chat moved across topics as varied as marmite (to be eaten on toast only), the glory of cake, haunted houses, families, the Royal Opera House, The Famous Five, Meat Loaf, the TV soap ‘Soap’ (‘Confused? You will be’) and several other topics, you will understand why I say this interview was all of the above….and more.

First a bit of background: originally from Leicester, David now lives in London with a washing machine he says “looks like Darth Vader”. More importantly he is a regular visitor to Cornwall, staying near Marazion, about which he says “I love the restoring qualities of Cornwall, the simultaneous energy, vibrancy and tranquillity.”

Not surprisingly, he admires the writing of Patrick Gale (who has also been interviewed for Roseland Online). He is also a fan of Evelyn Waugh, William Corlett, Alan Hollinghurst and EM Forster, all of which we discussed enthusiastically and at length.

“What I love about reading is that you can enter into a different world, with different emotions. The best writing can be life enhancing. I enjoy the sort of books that make you miss your bus stop. I like to lose myself in a story and I’m a particular admirer of naturalistic dialogue, not the sort of ‘he said, she said’ writing. When I’m writing conversations, I see it as acting in my head, not just words on a page. A good book is alive for ever and well written dialogue is key to its longevity.” 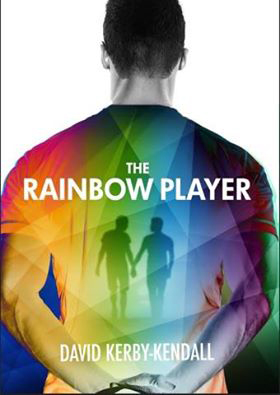 Having recently reviewed it for Roseland Online, I asked David about his first novel, ‘The Rainbow Player’ (originally published as ‘The Last Taboo’, then reissued as ‘Sammy’).

“It’s a coming-of-age story about an England footballer who has a gay relationship. I wanted to explore the human behind the icon and I hope I’ve achieved that. The title changes came about as a result of a number of things. I sent the original book to over 50 literary agents and got around 40 responses. Feedback was good; they thought it was funny and touching, but it was what was referred to as ‘cross genre’, something that agents aren’t keen on. Eventually I found a publisher via a very non-traditional route: the surgeon who had carried out some of my operations runs a small independent publishing company specialising in medical books and when he heard that I was writing something, he expressed an interest. The rest is history.”

“The idea had its roots whilst I was having an enforced break from acting. During an evening with friends we were discussing sports and football players. My friends were aware of my sexuality and some of them seemed surprised at my interest in and knowledge of football and rugby. That made me think how important it is to tackle stereotypes. We need to encourage debate and that was one of the aims behind ‘The Rainbow Player’ – that people should talk more about gay players and increase awareness.” 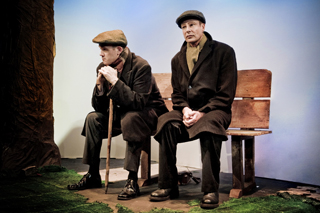 “For example, Anton Hysén and Robbie Rogers came out as gay only after their retirement. At the time, the FA offered their support “whatever you decide” but that isn’t enough. I’d really like to meet with the FA and Leicester City FC because I would like the message in my book to change things for the better.”

“After doing a run of ten plays, one after another, unfortunately I had a number of health problems. It was whilst I was in and out of hospital, I started writing more seriously. I wrote a play about friendship, the breaking down of barriers and the differences between female and male friendships. I called it ‘Save Your Kisses for Me’, named after the first record I ever bought.”

“As to other work, I’ve worked (and still do) with the wonderful Heartbreak Productions, writing and adapting plays for national tours. I had already done some acting for them; having admired ‘Save your Kisses’ they approached me to do more work.” 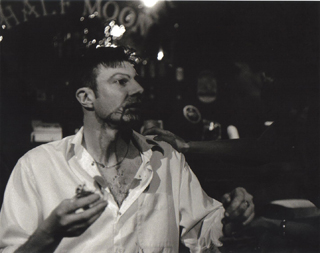 “One of the first things I did was an adaption for the stage of ‘The Secret Garden’. I believe it’s very important not to stray from what the author originally wrote and when I adapt a work, particularly a well-loved one, I see it as an homage and I recognise I have a duty to the author.” [Reviewer’s note: what a pity more adaptors don’t adhere to that. Yes KB, I’m looking at you!]

“Through Heartbreak, I’ve also worked on ‘Dracula’ and ‘Peter Pan’ (the skateboard version) and had the pleasure and privilege of adapting three of David Walliams’ wonderful children’s novels, including ‘Billionaire Boy’ and ‘The Midnight Gang’, as well as having my own independent plays produced.  I’m now working on my fourth adaption of a David Walliams’ book, two of the previous ones having been world stage premieres.”

Many of Heartbreak’s adaptations are based on the ‘play within a play’ approach, focusing on the relationship between audience and actor. They believe that there has to be a reason for the audience to be there and use the play as a framing device, so, for example, their production of Pride and Prejudice, in which I played Collins, is set in the Prince Regent era with Jane Austin used as a mechanism for teaching etiquette and manners.”

“My maternal grandmother was a great reader who wrote both prose and poetry. Eventually I moved in with her. We got on enormously well and had a great deal in common. She was a semi-professional actress and encouraged me to read and got me into acting and writing. I enjoy poetry and would very much like to work with some of her poetry to produce a book called ‘Grandmother and Grandson retrospective’ with poetry written by both of us.” 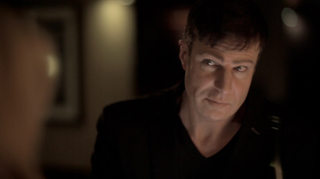 “Before I moved into the writing/acting/other stage of my life, I worked for a bank and I was able to strike up a strong rapport with customers, working with them to deal with their budgeting issues and introducing bespoke solutions. Working with people to help solve their problems gave me real job satisfaction.”

“Joining a local drama society around that time became my springboard to performing and I’m particularly proud of being directed by Jack Shepherd in the London premier of his play, ‘Half Moon’, and of playing Guy Burgess in a production of ‘Englishman Abroad’. I’ve played a range of other parts including Elyot in ‘Private Lives’, Lawrence in ‘Abigail’s Party’ and Angelo in ‘Comedy of Errors’, Sadly I had to give up acting for a while to earn some money, doing a variety of jobs, including telemarketing.”

These days, of course, everyone wants to know how and where authors do their writing. “I write first in long hand, using a fountain pen, frequently in a cafe (of course). I see my computer as something for emails, not for creative work, but once I’ve finished the first draft I move to working on my laptop.”

“When I’m writing I try to create a world based on what’s in my head. I remain astonished that maybe 500 people will pay money to see me act or watch something I’ve written. It’s quite surreal. I find it fulfilling and inspiring and I’m humbled if people enjoy it.”

“At one time I simultaneously wrote, produced and acted in a touring production, a very stressful occupation and not an experience I’m rushing to repeat” (although I’m guessing he’s open to offers!). 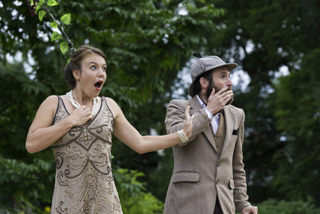 “Writing my Agatha Christie spoof ‘Murder on the Terrace’, I hid within the script 23 book titles. It was such fun and I hope audiences enjoy it too, especially as they help to solve the crime. I’ve also written several other plays including ‘The Moon is Halfway to Heaven’ and a play which started life as a joke. I called it “Gay Pride and No Prejudice’. When I was adapting Pride and Prejudice, the producer asked how things were going. ‘Fine’, I said, ‘I’ve changed a couple of things: Darcy and Bingley end up together’. I mentioned this to several director-friends who all said ‘You simply must write that!’ It’s adapted from Jane Austen’s wonderful novel, using the style and language of the period, but with a love interest between Darcy and Bingley.”

Outside acting and writing, I love new experiences and doing lots of things simultaneously. I’m a sports fan and tennis player and enjoy keeping fit; if I don’t go to the gym I miss it. Unfortunately I can’t play rugby anymore.”

As if that isn’t enough, he is also keen on history and archaeology, “I’m a bit of an anorak, having a particular interest in different cultures, different food, and different drinks.”

“When I have time, Highgate Wood is one of my favourite places to relax or to sit and read. It feels such a spiritual place. I’d like more time for all of those things, including dinner parties, but unfortunately theatre work reduces the opportunities, other than on Sunday nights. I also meditate and one of my great joys is sitting at rooftop level looking out over nature, with friends and a glass of wine, putting the world to rights and letting the conversation move wherever it takes us.” 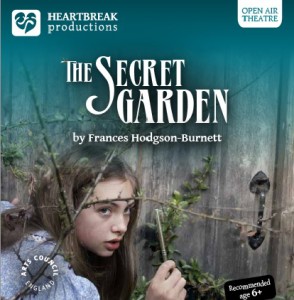 “I’m working hard on my play ‘20:40’ – a two-hander told in a series of flashbacks. The focus is Michael at ages twenty and forty. He tries to hide his depression to avoid worrying his friends. Mental health is something I feel very strongly about and I want to raise awareness however and whenever I can.”

“I currently work three or four jobs, so have very little time to write, but my new year’s resolution is to cut down on the ‘mortgage paying jobs’ and spend more time acting and writing. I’d like to find some work life balance so that I have time to use my imagination and develop new projects, so in 2018Top of Form

I’ve decided to work less and do more of the things I enjoy, including setting aside more time to be creative. I plan to continue with the current writing projects, including ‘Shooting For Rainbows’ which I’m writing to give teenagers a straight-acting, gay role model to associate with. It’s a Young Adult version of The Rainbow Player; in it Sammy is aged 15 to 19, so not yet an England player, but it follows the same storyline and with two of the main characters.”

“I’ve also decided to go back into acting. I’ve got a new show reel and am extraordinarily excited about the prospect of returning full-time to the profession that I love.”

As if all that isn’t enough, after two hours, David had to dash off to transform himself into Sheridan and Garrick. Why? Something to discuss next time we meet (along with how and where I first encountered him, that Darth Vader fridge and his next new venture…or should that be ventures?). Meanwhile, I’m sure he has time to develop a sideline as an after dinner speaker…How about it, David?