This month, Sallie Eden talks to Peter Maxted, Communications and Marketing Officer for the Cornwall Area Of Outstanding Natural Beauty and author of ‘The Natural Beauty of Cornwall’ 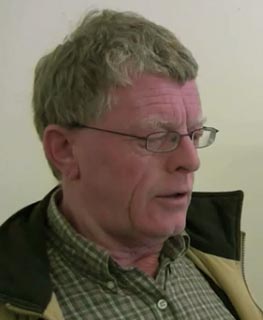 At the risk of sounding like “Hello” magazine, I met Peter at his lovely home in Falmouth, to talk about his new book and the inspiration for it.

Peter works for the Cornwall AONB team and explained that, when publishers Robert Hale got in touch and said they were interested in a book on Cornwall, he thought “I could do that. So I sent a sample chapter, which they liked and eventually ‘The Natural Beauty of Cornwall’ was born.” In a delightful coincidence, it was published on the 30th anniversary of his move to Falmouth.

Although this is the first book of its kind he has written, having worked in training and learning for many years, Peter says “I was no stranger to writing, and have written other books, but they were more academic, reflecting my work at the time. I ran education and training magazines for a long time and my aim then, as now, was always to make the subject matter accessible and readable.” 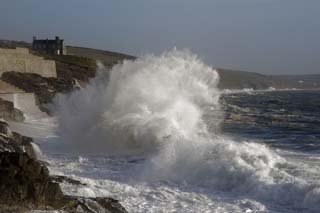 “The best bit about writing ‘The Natural Beauty of Cornwall’ was delving into history, looking at timelines and revisiting places I love, especially finding places which hadn’t changed or had changed for the better.”

“It took about 18 months to carry out the initial research and produce the first draft plus about the same amount of time to do the fact checking, gather the photos, then design and print the book. I was surprised by how long the whole process took. The passage of time often meant revising the text to take account of people moving away or other changes.”

Given the breadth and depth of the subject, Peter was very grateful for the help he received. “My wife Anne is very interested in and knowledgeable about geology, flora and fauna and was able to offer insights from that perspective.” 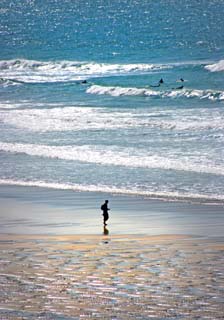 Many of the photos in the book were taken by Peter, supplemented by others from the AONB library. “I was also fortunate that, when it was decided that the original requirement for around 100 photos should be increased to double that number, my friend Dave Matthews, a Penryn based landscape photographer, offered me access to his own library of wonderful photos.”

As to his target audience, “obviously anyone interested in the natural beauty of the area – residents, holidaymakers and others, but also the Cornish diaspora – those Cornish people and their descendants who emigrated to Mexico, South Africa, Australia and so on”.

Reading the book and talking to him, it is obvious Peter is passionate about the importance of the historic landscape and how, over a very short period of time, it can change permanently, resulting in the loss of ancient monuments, species dying out and other irreversible changes. So he hopes that one benefit of the book is the possibility it might spread tourism around the county. “Of course, first time visitors will go to the usual places – St Michael’s Mount, St Ives etc but, hopefully, they will see there are other places, just as beautiful and interesting but maybe less crowded, and earmark them for second and subsequent visits.” 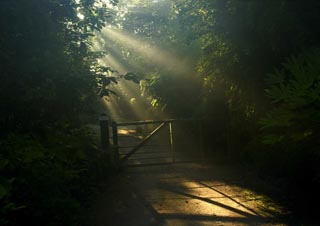 It is difficult to see how Peter managed to find time to write such a detailed and well researched book given his other work and interests. Over the summer, for example, he is doing a series of talks for groups of Americans, focussing on the Cornish landscape. He’s a leading light in his local Pub Cricket team and “I spend as much time as I can walking, camping, attending festivals and entertaining visitors. I also do radio interviews and I carry out PR work for a few clients; I much prefer promoting others’ work to pushing my own. I’m also trying to rebuild my garden to deal with the after effects of having adopted some rescue chickens.”

It’s difficult to imagine he has any, but, in his spare time, he runs Falmouth Age Concern, arranging excursions to the best bits of local landscape, to enable older people to see areas they might not otherwise be able to access. 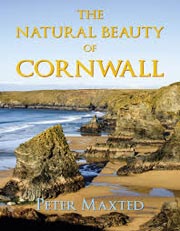 Peter is mulling over other options, possibly focussing on Cornish history.
It’s also possible that the publishers may produce a series of books on protected landscapes, eventually covering the whole country and Peter says “I would like to write for a wider audience and maybe do a similar book covering other areas I’m familiar with …Wales, Devon or the West of Ireland. But to do that I would have to immerse myself in the area and that would mean a major life change.”

The greatest compliment he has received about this book?

Having read it, his editor has booked a holiday in Cornwall. Why? The clue is in the title: ‘The Natural Beauty of Cornwall’.

And, finally….can you spot the deliberate error in the book? I didn’t…and he wouldn’t tell me what it was!