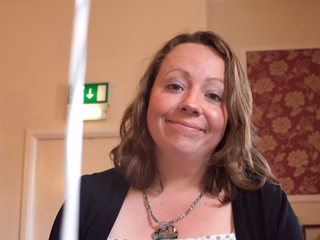 Sarah describes herself as a 30-something freelance writer. Originally from London, she now lives in North Yorkshire with her husband, two children, and a cat. The cat’s in charge.

She is published regularly online and has featured on Film International, A World of Film, and in local publications, such as The Dalesman. Sarah has also interviewed all kinds of people – from ghost-tour guides, to National Trust property managers – from independent film directors to award-winning composers, taking on commissioned pieces, as well as writing things speculatively and selling them and, occasionally, writing pieces just for her own website.

I started by asking what she would like to be asked. Her answer (how she would change gender bias in narrative stories on film and TV) set the tone for a fascinating interview requiring very little input from me.

“I’ve always been a writer – but it was more of a hobby when I was younger. I used to write poetry as a teenager, but never did anything with it. It stemmed from the ease with which I could express myself in writing and my love of storytelling. As a huge fan of literature, movies and quality TV, I grew up immersing myself in the beauty of well-designed story structures and narratives. During my twenties, writing took a back-seat as I moved through a variety of jobs, got married and started a family. I always missed it and when my youngest child reached Primary School, I decided it was time to pursue a professional writing career. “

“Knowing little about the business aspect of the industry, I took a creative writing course to polish my skills and – crucially – learn how to sell my work. While I had moderate success selling non-fiction articles, I also began to blog for the website Mental Healthy[1]as part of my move toward sustainable recovery from Borderline Personality Disorder, diagnosed in 2011. Getting words and concepts down on paper is very therapeutic, and helps with processing, acceptance and understanding of the complexities of what can be a very difficult condition. I also wanted to help give voice to something that doesn’t really seem to get much coverage elsewhere –the average, day-to-day management of the illness. I had very positive responses and so began my own website. As a result, I began to connect with other writers through social media, and through my writing on the subject of mental health. One writer in particular – Paul Holmes[2], a published author himself – encouraged me to move into fiction.”

“Having written some film-related articles for other outlets – I joined the staff of regular contributors for the website We Got This Covered – which focuses on movies and TV. It benefitted my technical writing skills, since I have to submit a specific amount each day. Writing is like any other physical process, the more you work at it, the stronger it gets. A year later, I can write on any subject, as and when required. I figure out what I need to achieve, then plot out the arc, building everything else around it – researching, coming up with scenes; it’s a process of construction, sentence by sentence, to create the finished product.” 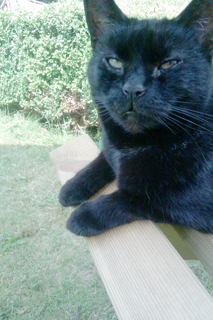 “I enjoy creating an opportunity for people to see things from a fresh perspective or to think about things they might not usually consider. Sometimes, ideas pop up from nowhere, and other times a conversation will provide the spark. One of my favourite inspirations was a picture drawn by my eldest child. From the character he created, I wrote a children’s picture book (as yet unpublished) designed to help equip those aged 4–7 with tools to manage their worries. It’s been a labour of love, but particularly close to my heart.”

“Embarking on a large project can be daunting, but breaking it down makes it manageable. A novel might contain 100,000 words. You can write that in 200 days if you commit to 500 words a day. That first draft might be rough and ready, but at least you have a version to work on. Living in North Yorkshire, I’m surrounded by some spectacular writing spots, and I do find an al fresco setting boosts my creativity. I write better in solitude, but I’m training myself to be able to write anywhere, at any time, surrounded by any number of people – because I think that’s a useful skill.”

“My latest project is something I’m very proud of and excited about. It’s my first ever TV series pilot script, written as a prime-time comedy show. It’s called ‘May Contain Nuts’. It’s co-written with Paul Holmes. We wrote it together without ever meeting. We were both blogging and promoted each other’s work on Twitter. We discovered that we shared a similar sense of humour and one day, after an especially funny exchange of anecdotes, one of us said, ‘Maybe we should write a sitcom…’ Soon, we were swapping ideas by email, coming up with a central character and scenario. We produced a version to submit to the BBC Writer’s Room bi-annual open call for scripts, and did pretty well – but something about the second act wasn’t working. Finally, after two years of working together, Paul and I met, ending up with a new version which we uploaded to Amazon Studios[3]. Within six hours, we had four five-star reviews.” 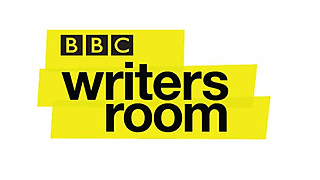 “The show addresses stigma in all its forms, and highlights what happens when we realise that the way we see ourselves is sometimes at odds with the way we’re perceived by others. Though the Amazon Studios project only contains the pilot script, there are actually six episodes in the series as it currently stands.”

So, what’s it about? “… a successful 40-something executive returning to work after a period of stress-related illness. The other characters have stories waiting to be mined in future episodes. We wrote it because we’ve both been on the receiving end of stigma regarding mental illness, and we don’t see that being addressed in fictional TV shows – unless it’s a ‘special storyline’. But it’s not a ‘special storyline’ in life – for many it’s a daily reality, so why not skewer it with humour and give everyone something to relate to? “

Will it be selected for development? We’ll have to wait and see, but meanwhile, if you’d like to take a look at the script, click on the link below[4]

“I have a couple of book projects simmering away. One is about an entirely independent British film – Third Contact – by writer/director Simon Horrocks, and the story of how he created a crowdfunded global film distribution model using only the power of social media, and the other is about my journey into mental illness and back out the other side. I’m also undertaking some ghost-writing.” 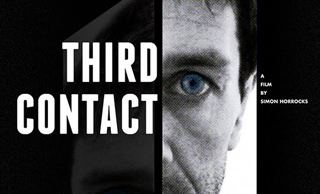 “I must explain how important Cornwall has been to me. In my early twenties, when I hadn’t been writing much, my husband and I toured the South West. In Cornwall something magical happened. Perched upon the cliff top at Tintagel, buffeted by the breeze, in sight of the water – I had an epiphany. Calm came over me, and I realised that instead of worrying about not writing, I would be better served by immersing myself in the day-to-day to provide the fuel for creative flight. I resolved to start collecting secret treasures for future literary adventures. Whenever I need inspiration, I visualise that cliff top – surrounded by legend, steeped in mystery and with the most breathtaking landscape. I can feel that cool grass, smell the sea air, and hear the waves– it settles my mind and gets the creative juices flowing again.”

[3]Amazon Studios encourages writers to upload their work for evaluation by the people that make decisions about what gets made. They also encourage other people to read and review them, and take popular reaction to the work into account.