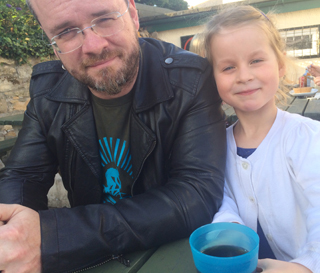 After reading Craig Stephenson’s debut novel (reviewed last month for Roseland Online), I was keen to find out more about the author and his inspiration, so I started by asking him about himself, life, the universe, his day job, previous writing, anything…..

“I‘m married to the beautiful and long suffering Anna, to whom I dedicated the book. I have two children, Alice who’s 15 and Emma who’s 6.  And then there is the dog (Skye aka Wuffle McDog) who’s more obedient than either of the children.  We live in the little coastal village of Limekilns in Fife, from where I can see the new Forth Bridge growing out of the sea and from where I’ve watched the new Elizabeth class aircraft carrier being built.  Neither of these feats of engineering seems to hold the same fascination with the rest of the family, so the dog and I go down to the beach together to get a better view.

“Until last year I worked in the newspaper industry – initially as a compositor, then as a graphic designer, and finally in various roles within IT. Now I work for a social housing provider in Scotland, project managing schemes to assist those who need help to get access to computers and the internet.  That is increasingly important as government services, benefits and employment opportunities are often only accessible via the internet.

“I’ve always written. It was what I enjoyed doing at school and I continued as an adult.  I tried writing novel sized pieces in the past, but always seemed to get bogged down. I found it really hard to progress a story beyond the first few chapters.” 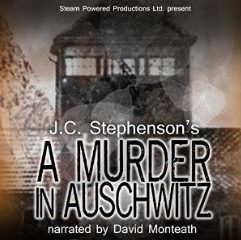 Why this topic [Auschwitz]? What was your target audience?

“I’ve always been interested in the Second World War, particularly strange or unusual events like the British SS Corps, the fact that Fascist Italy nearly went to war with Nazi Germany, that the Royal Navy sank most of the French fleet and so on.  I don’t know if I was thinking about the likely audience when I was writing.  It was just a story which I was enjoying writing and which sometimes seemed to write itself.  The twists and turns in the story seemed to grow out of nothing, so when I went back and read what I’d written, it sometimes appeared as if someone else had done the writing!”

How much research did you do? Where?

“The great thing about the internet is that research can be instant.  Need to know the structure of ranks within the SS?  No more searching through my own extensive collection of books on the Second World War or heading off to the library with a pile of facts to check.  Just a few clicks and you have several sources of information.

“It meant I could research as I wrote, for example, I had a website of German boys’ names open and a page of German surnames, a Google map of Berlin, a German – English online dictionary, an online thesaurus, 1930’s maps of Europe from a mapping website and so on. Then I would check on any additional details on other websites. 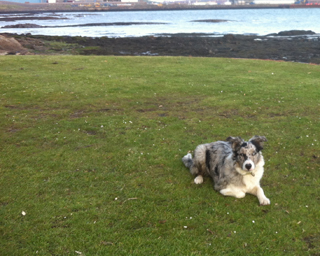 “You can become preoccupied by detail though; I couldn’t find how much a tram fare was in Berlin in 1929 and although I could have just said that the main character paid the fare, or missed that out altogether, I became obsessed with finding out.  In the end, I emailed the company who runs the trams in Berlin today, and translated the question into German using an online translation package.  They emailed back the next morning with the information, which I translated from German into English using the same package.”

What triggered the book?

“It was one of those strange occurrences where circumstances and state of mind contrived to produce something unexpected.  I was on a motor-home holiday in Cornwall with my family and we stopped off at a bookshop in Newquay.  I really wanted a good piece of fiction to read (I tend to read fiction and non-fiction alternately), a whodunit or mystery of some sort.  Preferably historical.  And in between herding my children through the shop and helping my wife look for a particular book on antique furniture, I just couldn’t see anything that took my fancy, which is a strange thing to say about a shop packed full of books.  But on some days that’s just the way it is.

“So that night, shortly after fighting off a seagull attack on my fish and chips (a source of amusement for my unsympathetic family), I lay in bed thinking about what type of book I would have liked to have bought that day. I would have wanted an unusual setting, historical rather than contemporary, with a good twist, and a way of delivering that twist that would make the hairs on the back of my neck stand up.  And something to give my emotions a good hard poke. I then imagined the best place to commit a murder, so somewhere where murder happens as a normal part of daily events – the trenches of World War 1 maybe, or a concentration camp.  Then I considered who would be the most unlikely person to be the main protagonist in somewhere like a concentration camp. And before I knew it, I had worked out the location and setting, the twist, and the very end of the book I wanted to read. It was only then that I considered writing that story myself.

How did you get started on the actual writing? 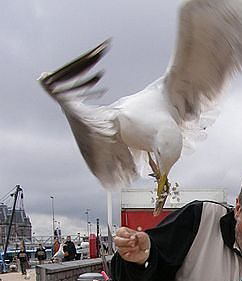 “I wrote it on Google docs, which meant that I could open it up on any computer – on my work PC at lunchtimes, my home PC in the evenings and on my wife’s laptop in bed.  Once it was complete I copied it into a Word document and did further changes on my home computer. I used to be a graphic designer and a compositor, so when I decided to self-publish I was able to lay out the pages so that they were ready for printing and I designed and produced the cover as well.”

To whom did you show your book before publication? Did you wish you hadn’t?

“My wife was the first to read it.  I know that initially she was nervous in case it was total rubbish; but she loved it.  It was a relief to me that she genuinely enjoyed it! She also helped me with some of the focus from that first draft which let me tighten the story up a bit.”

What made you think of an audio book? Why did you choose David Monteath?

“After I decided to self-publish, which turned out to be an extraordinarily easy thing to do, I formatted the book for Kindle first and then as a paperback. I wanted to make sure that it was accessible to as many people as possible so I created a large print paperback version as well.  The opportunity to have an audio book version came up when ACX, a part of Amazon which matches authors to voice artists for the creation of audio books, started offering their services in the UK. As I’m Scottish, when I had read my book, my own “internal narrator” had a Scottish accent, so it was something which I felt was important in any potential audio version.  I advertised for a narrator with a Scottish accent.  When David Monteath contacted me, I listened to some of his other work, and was delighted to have him do the voice work.

“I couldn’t believe the depth he brought to the story.  The audio book is unabridged, so he had to create a persona for every character, no matter how small.  I really can’t praise David highly enough for his astonishing work.  I was extremely lucky to have such a consummate professional reproduce my original story as an audio book.”

“I’m currently writing a new novel; a mystery, which mostly takes place in a U-boat during the Second World War.”

Maybe a second holiday in Cornwall (I recommend the Roseland) will provide the stimulus for the early publication of another superb story…….watch this space!