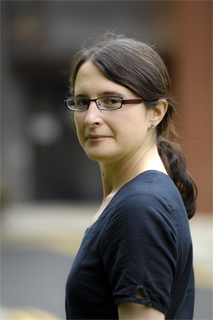 Sarah moved to Cornwall from Iceland in 2010 and lived in Falmouth until a few months ago. She and her family loved it there and were desperately sad to leave. “I still wake up in the night and wish I could hear the seagulls and the ships leaving the docks, and every time we go walking near our new home I can’t stop thinking about the South West Coast Path. The decision to leave Cornwall was perhaps the most painful one I’ve ever made. But my new job, in the Writing Programme at Warwick University, is great, and this is the time to focus on my career, but I hope to come back to Cornwall later on.”

Her latest book, “Night Waking” centres on historian, wife and mother Anna Bennett, who is living on a remote Hebridean island, where she is balancing her writing and research with the demands of her family. 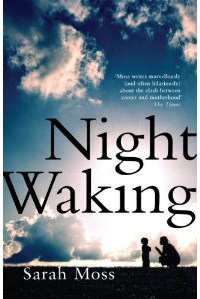 I wondered how similar Anna’s life is to her own. Sarah says “Well, I have a full time academic job and two young children, so I write wherever I happen to be when I can protect my time. I do better somewhere with a bit of a buzz than alone in a silent room; most of the last one was written in two cafes in Cornwall (Espressini in Falmouth and Earth and Water in Penryn) and on the train between Reading and Truro.”

She goes on to say that she always wanted to be a writer and was an early and enthusiastic reader. “I started trying to write long fiction when I was nine – I’ve still got the book, so awful it’s funny. I stopped at university, because almost everyone was working on an unpublished novel and I couldn’t see why mine would be any better, and then tried again while going a bit mad on maternity leave. When I was singing Old Macdonald for the nine hundredth time in a row at six in the morning, it was necessary to have something very different to think about. There’s a reason why there are no families in my first novel!” 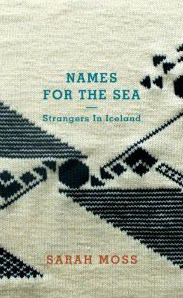 As to the trigger to start writing, “the trigger is usually a place, and then I do lots and lots of research until I know all its histories, finally my story starts to take shape out of what almost happened. It takes years…as long as researching an academic monograph. With my first novel, I started writing before I really knew what was going on and with each one I’ve learnt to leave it later, plan more and write less.”

Sarah’s academic background is in Romantic poetry and the 19th century novel, but I wondered what writers and/or books had inspired her outside “her” period. “In contemporary writing, I’ve been passionate about Hilary Mantel’s writing since I first encountered Fludd ten years ago, and I think she’s showing us new ways of using narrative with Wolf Hall and “Bring Up the Bodies”. I’ve just read “A Death in the Family” and then “A Man in Love” both by Karl Ove Knaussgard, staying up late over both – I like his account of the relationship between writing and family life but the real draw is his astonishing command of pacing and voice. I think Kathleen Jamie’s essays are beautiful examples of how to write without pretending anything is simpler than it is, which is really hard.”

What next? “I’m proof-reading my new novel, Bodies of Light, which is a companion to Night Waking and will be published in May next year, and writing the early chapters of its sequel.”

After that, I hope we can look forward to a book which takes Anna and her family to Cornwall.