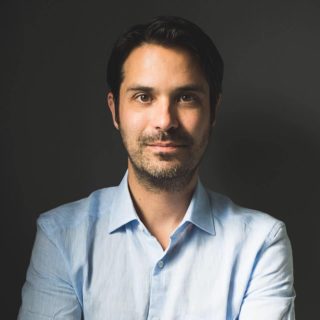 In view of these strange times, David and I met in a park, seated on the grass, the required two metres apart, to discuss his book, the result of the opportunity afforded by the lockdown earlier this year, during which he wrote and then published his first work of literary fiction. Our conversation ranged far and wide but, sadly, there isn’t enough room to include everything here.

As usual we started with a bit of background: David might best be described as multi skilled, factual television executive producer by day, and writer by night, weekends and whenever he has a spare moment.

By way of scene setting, he told me that “after studying English Literature at Manchester University, I knew I wanted to do something creative, something involving ideas. I started my working life at the BBC, doing work experience as a runner, moving to Granada TV where I got experience of lots of different things. Alongside that, I studied for a Masters degree in Scriptwriting. Fast forward and my job for the last 18 years has been in TV development, working on documentaries and dramas, researching, putting forward and developing ideas for TV shows and pitching for new work. During that time, I’ve been involved in programmes as diverse as the prizewinning ‘Sri Lanka’s Killing Fields’ and ‘Cruising with Jane McDonald’ plus other prestigious award nominated programmes, leading development teams and overseeing key projects from start to finish.” 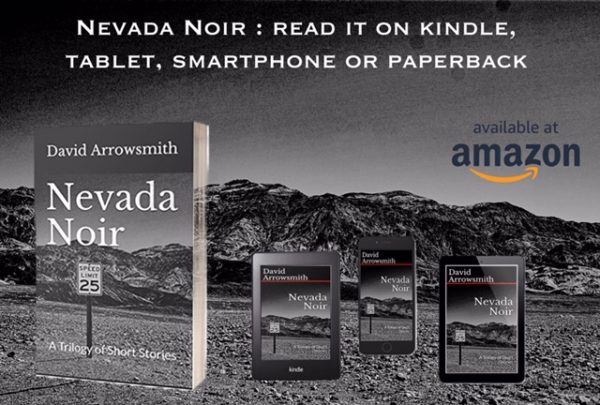 And so, to his new book: if you’ve read the book or even just glanced at my review, you’ll already know that Nevada Noir comprises three short stories, the theme of which is accurately portrayed in the wonderfully atmospheric cover photo taken by his wife, a talented professional photographer. In fact, David was inspired to write the trilogy by a road trip through Nevada, Utah and California he and his wife took in February 2017, before their, now, two-year-old, daughter was born.

“Six months after that trip, I woke up at home with a series of vivid images in my mind, that I recorded using the Notes App on my iPhone. Those notes became ‘The Last Storm’, the first part of the trilogy. The second story, ‘One Good Deed’, followed shortly afterwards, then after a slightly longer gap, I completed the trilogy with ‘A Slow Death’.”

“It was soon evident that for first time writers, publishers and agents look for full length novels rather than short stories, so I considered other routes. I was still deciding what  to do when lockdown arrived, and  I decided to self-publish using Amazon’s Kindle Direct Publishing platform. I also released my book in paperback.”

“Like many authors I’ve always written, often simply jotting down ideas, notes and outlines here and there, mostly on my phone, frequently while doing other things, but when I have a little more time, I write on my laptop, sitting at the dining table.”

When I asked David why he’s drawn to a genre encompassing darker characters and places, he, explained that “I like the contrast between light and dark, in both people and places, in atmosphere and environment and in deserted areas and bustling cities.”

“I write the sort of things I like to read, and I see my audience as those who are time limited, possibly those who have little desire to concentrate on a lengthier book with a complex plot. I admit I initially had in mind a male readership, the sort of reader who likes characters like Lee Child’s Jack Reacher, someone who is looking for something a bit obscure, but action driven and with a twist. With that in mind, my aim was to produce something atmospheric, but in a bite sized format.” 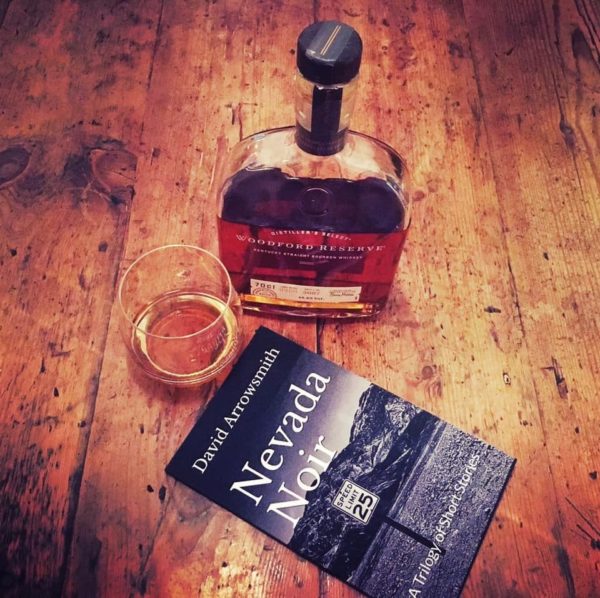 “My writing style is perhaps influenced by all or some of the many authors that I like to read, people such as Elmore Leonard, James Ellroy, Gabriel García Marquéz, Raymond Chandler and John Le Carré. Although I don’t intend my writing to be limited to those with identical tastes to mine, certainly my inspirations have included books and films I’ve enjoyed. I’ve been fortunate, perhaps, that the recent rash of Scandi Noir TV series has broadened the readership for works like Nevada Noir, opening it up to people who formerly wouldn’t have been interested in darker fiction, so for example, programmes like The Killing and The Bridge hooked a brand new audience. And films like Three Billboards outside Ebbing, Missouri have also captured the imagination.”

Any links with Cornwall?

“Well, alongside other writers and books I’ve mentioned, Morte d’Arthur was another inspiration so it would be interesting to visit the areas of Cornwall linked to legend.

Like many first time writers, I fantasise about moving to an area full of natural beauty, where I could embrace the atmosphere and environment, writing somewhere overlooking water, maybe somewhere along the Cornish coast, an area I’d like to explore when I have more time.

At the moment, though, it’s a matter of finding a balance between the need to continue the day job I love and finding time for writing. Using the Swiss cheese technique of time management, I try to write a little each day.”

What now and what next?

“As I’ve indicated, at the moment writing is little more than a hobby, but I would love to be a full-time writer. I have several ideas swirling around in my head, including expanding Nevada Noir to produce a prequel or a sequel, possibly merging them into one big book.”

David says his family will always come first  – he loves spending time with his daughter and, when he has time, he likes to read, watch films and TV dramas, travelling  and, of course, he loves to write.

“I’m currently working on my first full-length novel – dystopian fiction set in an area of London I know well – and I work on it in stages, as before keeping my notes on my iPhone, using it as a cross between a sort of diary of lockdown and a book of memory.”

“I’m also developing several other fiction ideas. I’d love to talk more to anyone with ideas for publicity and I’d be happy to consider talking to groups via e-media. These are strange times when we all need to be flexible, so I’m grateful for this opportunity to reach a potentially new audience, especially as, like most new authors, I have to balance the need for zero spending with the requirement for publicity. All ideas welcome; you can contact me via social media. Thank you.”

For more on David, Nevada Noir, and future fiction releases, you can follow him at