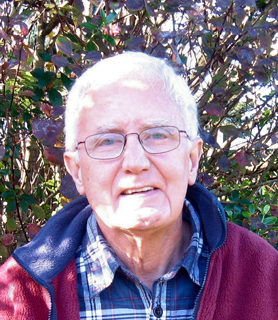 Currently living in Aberdeen, Bill was born in Plymouth, “…it was a pretty rough area but there was a great community spirit. I lived in a pub and that teaches you lots about human behaviour”. After studying French at Exeter University and teaching in Dorchester, he started a PhD and got a six month lectureship at Aberdeen University. “In the end, I was there 21 years before retiring early to concentrate on writing. I love Scotland but, with most of my family in Plymouth, I still go ‘home’ now and then.”

Given the wide range of books Bill has written I asked him what authors he admires.

“There are so many, it would be wrong to single out any of them, but there are some who are so good, they really stand out. David Mitchell is one. I think ‘Cloud Atlas’ is an astonishing achievement. And I love Steinbeck, Hardy, Flaubert and Zola. I enjoy any author who makes me laugh – Carl Hiaasen, Tom Sharpe, Terry Pratchett, Janet Evanovitch. My book, ‘The Sparrow Conundrum’, won two awards for humour in the USA – that was very satisfying. I get most pleasure when reviewers say one of my books made them laugh.”

How did he start writing? And what triggers an idea for a book? 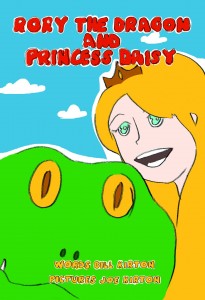 “I don’t think it’s a question of ‘wanting to be’ a writer, I’ve just always done it. A while ago, I found stuff I’d written when I was about 8. I now write commercial scripts and other material, as well as novels and short stories. I wrote several plays for Aberdeen Children’s Theatre before I started on crime novels. I’ve written a historical crime/romance, a satirical spoof of the spy/crime genre and a sci-fi fantasy about online role-playing. So my credentials were well established before I started writing for younger children. Most of what I’ve written for them was triggered by my grandchildren. The great thing about kids is that, as you’re improvising a story, they ask questions; forcing you to invent more about the characters. It’s like doing research as you’re writing.”

“My tendency is to subvert familiar stories, make them unexpected. That’s what happened with the Stanley series. He’s a miserable, grumpy, fairy who lives under a dripping tap and hates pretty or happy things. When I came up with Rory and Daisy, it seemed natural to make them different, too, so I took the usual myths and turned them around.”

“Ideas come from everywhere – a name, a newspaper item, something I see, a book I read, even just a feeling – they can all set my imagination going and once the characters are saying and doing things, they take me where they want to go. It’s the same whether I’m writing for adults or children – the characters take over and they’re as real to me as the people around me – more so sometimes.” 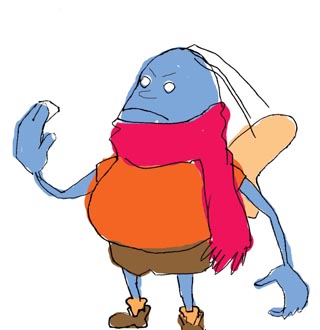 “My wife is usually first to read my books for adults, but for children, it’s different. For a start, it’s often just being invented and there’s a live audience (usually at a ridiculously early hour). I jot down the basics and work on it later. With Rory and Daisy, I sent it to my sisters, who run the Daisy Chain charity, to see what they thought of selling it to raise some funds. Fortunately, they liked it. In fact, I’d written it before the real Daisy was born, but the coincidence of the name and a desire to support CHSW, for which my sisters collect huge amounts in various ways, made it an obvious thing to do.”

“Mind you, making a start is sometimes a problem because I usually know that I want to investigate different things and it takes a while to get the balance right. I have ideas for a sequel to ‘The Figurehead’, and to my spoof, ‘The Sparrow Conundrum’, and a story that’ll be the last in my police series. I need to decide which to go for first. I’ll also be writing short stories and, if ‘Rory and Daisy’ is successful (by which I mean if it makes money for CHSW), I’ll write more about them as well as getting the Stanley stories published.”

“I’m lucky because I have a dedicated room to work in, with a view of the garden. I go there after breakfast and usually stay until 6pm, with a break for lunch. If I’m well into a novel, I often write until late. If that sounds like a long working day, it isn’t really, because like everyone else, I check emails, look at Facebook and find other displacement activities. But writing is such a pleasure. I get lost in it, playing with words, crafting things, learning about my characters, marvelling at what they get up to. It’s not all that different from reading – if the book’s good and the story’s working, you get caught up in it and you’re not aware of time passing.” 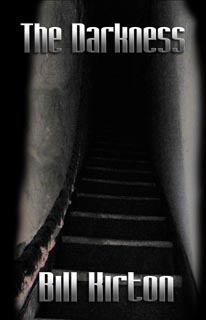 “I love writing and feel lucky it’s how I spend so much of my time. Awards are nice – I’ve got two for ‘The Sparrow Conundrum’ and one for ‘The Darkness’ as well as having ‘The Figurehead’ long-listed for last year’s Rubery Award, and I recently heard from a film company in Los Angeles asking permission to turn one of my short stories into a movie. But the real pleasure comes from the knowledge that books (whatever format they’re in) create a magical contact between writer and reader. It’s a strange but lovely feeling that characters and events you’ve created are being recreated every time the book’s read; there’s a sort of alchemy at work as some stranger in Australia, America, India or even living on your own street opens a book you’ve written and makes your characters live again. That really is magic.”

And what about the illustrations his nephew produced for Rory?

“My contact with Joe has been entirely by email. I sent him the story, he sketched what he thought the characters looked like and he chose parts of the story to illustrate. I think the fact that he and I are a generation apart has brought together traditional and more modern attitudes to story-telling. His decision to base Rory on a Komodo dragon rather than a traditional one was a surprise, but as soon as he sent me preliminary sketches, I knew his vision of the character was right. It was different with Stanley. Before Joe was involved, I’d already written eight Stanley stories, so I knew him well, and I wasn’t sure Joe had got it right. But friends who’d read the stories were enthusiastic and, gradually, I saw why. I’m sure his version of Stanley will make the stories more accessible and entertaining for today’s audiences.”

“It’s been interesting working with him especially as I really wasn’t aware of how talented he is, but the idea of making every aspect of the project a family one was very appealing. I think it’s great to be able to say a big family thank you to the CHSW for the help they gave Daisy and her family.” 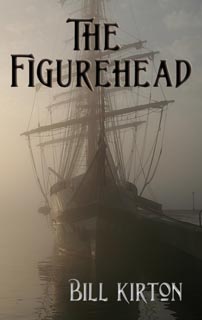 Daisy Elizabeth Warn was diagnosed with a rare, severe (Type 1) Spinal Muscular Atrophy, an incurable neuromuscular condition. She passed away on 2nd November 2009, aged 16 weeks. Research showed that the chance of her getting this condition was one in a million. Daisy was an inspiration to everyone who knew her. Although she was unable to move her body, she had a beautiful face, incredible sparkling eyes and a wonderful smile. She truly was one in a million and her family count themselves lucky to have shared those special weeks with her. The Daisy Chain Fund raises money for CHSW, the only organisation in the South West which offers help and support to children and their families who are living with life-limiting conditions. Little Bridge hospice, one of three in the South West, provided Daisy and her parents with fantastic medical and emotional care, support and love throughout and until the end of Daisy’s short but happy life.