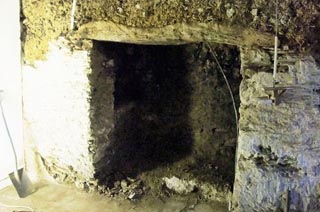 During some building work in Portscatho recently my son and I uncovered an old fireplace which had been blocked up for well over a hundred years. We were working in what is most probably one of the oldest properties in the village. Although the room in which we were working was very small, the size of the fireplace wasn’t. Measuring five feet high and five feet deep and over six feet wide, this must have been the heart of the house in days gone by. On further examination – and the removal of several tons of rubble – we found a large bread oven built into the side of the alcove. Built of stone in a beehive shape, it had originally been lined with bricks to keep the heat in, and would have had a door. A fire would have been lit in the oven and kept going until it was red hot, then with the embers raked out the bread, pasties or pies would have been put in and the door sealed. Exactly how long they left the food to cook I have no idea but it would have been a few hours. 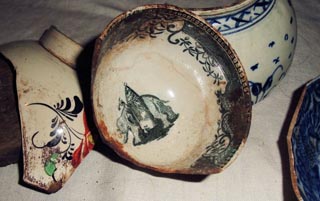 This bread oven wasn’t filled with mouth watering delicacies, but held something just as exciting. Under a layer of ash, soot and dust was a treasure trove for anyone like me who is fascinated with the past; a cannon ball the size of a cricket ball, a clay pipe, a great number of pieces of broken china, a wooden stopper from a pilchard barrel and the remains of several small shoes. Finding shoes hidden in old buildings is not unusual as they were often built in to bring good luck and also to keep evil at bay. A child’s shoe was found some years ago in a blocked up oven at the Plume of Feathers in Portscatho and can be seen at the Heritage Center in Gerrans. Superstition in old Cornwall, like other parts of the Country, was widespread and I decided to see if I could find out a little more about this in the Roseland. In the churchyard at St. Anthony in Roseland you will find a granite coffin. The story goes that the coffin was removed from the church by a local farmer. He filled it with water for his cattle and one by one the cattle died, so the coffin was hastily returned to its rightful place. 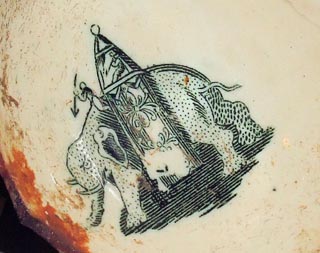 Dr. Jimmy Thomas known as the Wise Man of Illogan was a frequent visitor to the Roseland in the 1800s. With his horse and cart and carpet bag full of tricks Jimmy was, by all accounts, quite a showman. Described as ‘all legs and wings,’ his strange appearance was made all the more imposing by being bald on the right side of his head. This had been caused by one of his rituals of plucking the hairs from that side of his head and throwing them over his left shoulder. After he’d murmured various spells and almost collapsed from fatigue, his gullible costumers would reward him with food, drink and coins. The very fact that he traveled this far and was a frequent visitor shows that he was not short of customers around this area. And we shouldn’t think that just poorly educated laborers and their families asked for his help. Often, people from the higher social scale were just as likely to employ him. Jimmy was married to Tamsin Blight the famous White Witch of Redruth. She was, it is said, far more successful than he was and quite well respected.

People from all walks of life would employ conjurers. They would often believe themselves ill wished and would happily pay to have the evil removed either from themselves or their homes. Jimmy, like the others of his trade, would employ all manner of tricks and potions and often carried a large magic book full of spells that only they could read. He reportedly received money annually for keeping witchcraft from vessels sailing out of Hayle. 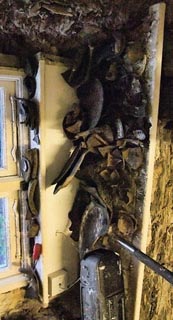 There was another side to Dr. Jimmy Thomas which, before too long, would land him in anawful lot of trouble. One of his treatments involved him insisting that he spent the night with his patients to ward off further evil and it seems that most of these nighttime vigils were with men. The West Briton reported that, ‘During the week ending Sunday last, a wise man from Illogan has been engaged with about half a dozen witchcraft cases, one a Tradesman, and another a sea Captain. It appears that the wise man was in the first place visited at his home by these deluded people at different times, and he declared the whole of them to be spell bound. In one case he said that if the person had not come so soon, in about a fortnight he would have been in the asylum; another would have had his leg broken; and in every case something very direful would have happened. Numerous incantations have been performed. In the case of a Captain of a vessel, a visit as paid to the seaside, and while the wise man uttered some unintelligible gibberish, the Captain had to throw a stone into the sea. So heavy was the spell under which he labored and which he immediately fell upon the wise man that the latter pretended that he could scarcely walk back to Hayle. The most abominable part of the incantations are performed during the hours of midnight, and for that purpose the wretch sleeps with his victims, and for five nights following he had five different bed fellows. Having no doubt reaped a pretty good harvest during the week, he returned to his home on Monday; but such was the pretended effect produced by the different spells and witchcraft that tell upon him from his many dupes, that two of the young men who had been under his charge were obliged to obtain a horse and cart and carry him to Hayle station, one of the men, having had two spells resting on him, the wise man was obliged to, sleep with him on Saturday and Sunday nights; having spent the whole of Sunday in his diabolical work. It is time that the police, or some higher authorities, should take the matter up as the person alluded to is well known, and frequently visited by the ignorant and superstitious.’ 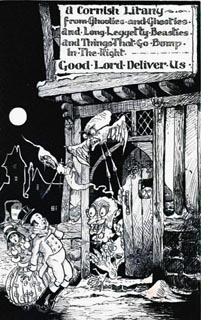 Another report stated, ‘He is a drunken, disgraceful beastly fellow, and ought to be sent to the treadmill.’

In 1874 The Royal Cornwall Gazette reported; ‘James Thomas of Broadlane, Illogan, known as Dr. Jimmy Thomas, The Wizard, died suddenly at his house on Wednesday morning. It appears that a man named John Odgers, of Camborne, who is unwell, believed himself to be ill-wished, consulted Thomas, who told him in order to get the spell removed it would be necessary for him to sleep with him. He, therefore, did so. Odgers having risen shortly before eight on Wednesday morning, Thomas requested him to light the fire and get the tea ready for breakfast whilst he dressed himself. Odgers had not been in the kitchen long before he heard a noise in the chamber. On going upstairs, he found Thomas on the floor insensible, and soon afterwards he was a corpse….Death has taken away a rather remarkable member of society.’

I have no idea if Dr. Jimmy Thomas spent the night with anyone while working on the Roseland but it’s a long way back to Illogan from here.