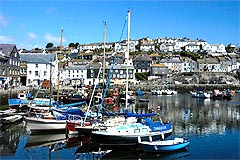 The first recorded mention of Mevagissey dates from 1313 (when it was known as Porthhilly), although there is evidence of a settlement dating back to the Bronze Age. Towards the end of the 17th century, Porthhilly merged with the hamlet of Lamoreck to make the new village, named after two Irish saints, St Meva and St Issey. This picturesque and unique fishing village is located east of the Roseland and is one of the fewworking harbours still in existence – albeit mostly for the tourist trade these days.

The village is labyrinth of narrow alleyways, small coves and great cliffs as well as a thriving tourists’ shopping village with many galleries, cafes, two pubs and many shops. The outer areas are built on the steep slopes of the surrounding hillsides and are mostly residential and the harbour aquarium was officially re-opened on 8th June 2006. 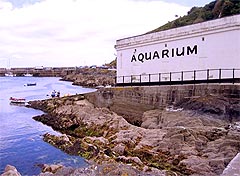 Mevagissey is renowned for the soaring switchback walks that whet the appetite for a fish supper, or help to walk one off. From Polkirt Hill you can look out over the Medieval street plan and across to the fishing boats in the harbour and the yachts in the pool. The golden sweep of Polstreath Beach and St Austell Bay is delightful and south is the inlet that shelters Portmellon Beach and the scenic coast path over Chapel Point to Gorran Haven. Less than three miles separate the two, but the contrast is sharp.

Gorran Haven revolves around a cluster of fishermen’s cottages, nestling around a secluded cove which remains much the same today as in years gone by. The village’s 15th century church with its 110 foot tower is a very distinctive landmark that is well worth a visit. 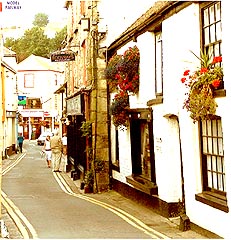 The Heligan estate is located on the steep slopes above Mevagissey, albeit mostly in the adjoining civil parish of St Ewe. The long term home of the Tremayne family, the estate is now best known as the location of the Lost Gardens of Heligan, a recently restored Victorian garden.

To find events and up-to-date calendar events for Mevagissey, visit our Calendar Pages