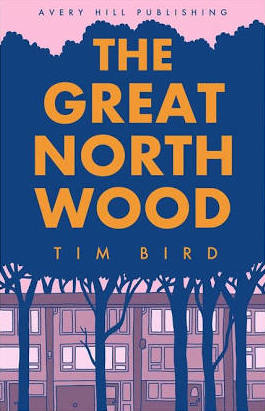 This is the story of The Great North Wood* which is, today, largely confined to an area in and around south London.
Although this book might initially be thought to be of interest mostly to those who live in the area, at one time the whole of southern England was covered in forest.
Using a comic strip type format the book tells the story of how forests and woodlands eventually became cities, towns and cultivated farmland. As such, it’s a story which should resonate with all of us.
The central character is a fox who wanders through the story (and the ages), experiencing the changes in landscape, transport, diet and our whole way of life (and that of the animals who live alongside us).
This is a terrific book by an award winning writer, ideal for teaching children about the environment and a delight for adults too.
* initially it was called The North Wood; the word ‘Great’ was added later to give it a greater sense of importance.