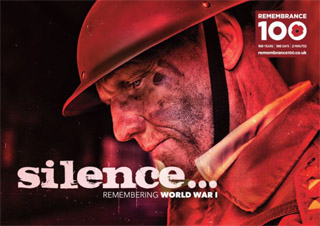 One of 888,246 British and Commonwealth fallen of the First World War, John recently obtained information, accurately locating his Grandfather’s War Grave. As a result, he is cycle over 800 kilometres from the family home that his grandfather left in Wistanstow, Shropshire in 1914 to The British War Cemetery at Muille Villette near the River Somme and then on to Paris.

He is raising funds along the way for the Charity Help for Heroes through is ‘Justgiving’ page: www.justgiving.com/Remembrance100HenryEvans

If you would prefer to make a donation with cash or cheque there are Help for Heroes Sponsorship Forms available in St Gerrans Church.