Can You Hear Me Mother? 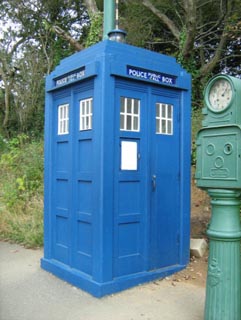 I have been involved with radios for a very long time. When I first joined the Police in 1954 personal radio was unknown and it was only Road Traffic and Crime cars which had this luxury and it was so big that it occupied most of the car boot. In those days communication between Policemen and their Station was by means of a flashing white light on top of a police box if you were in a city or by means of public telephone box if in a country area. When I first moved to Somerset in 1958 our daily beat was set by the Sergeant to take us every hour to a local

telephone box where we waited in case the Station wanted to contact us. In town you walked but outside you used a bicycle and an annoyed Sergeant could make your life very uncomfortable by setting your ‘points’ at extreme ends of the area.

It was not until about 1960 that I was admitted to the elite group of drivers who could charge around the countryside in a car fitted with pretty blue lights and noisy horns. It was essential that driver and passenger should be able to use the car radio and it was then that I had my first formal education into the mysterious art of long distance communication.

It was all very perfunctory but I remember to this day the mantra being chanted by my instructor. ‘A’, ‘B’ and ‘C’. – be Accurate, be Brief and be Clear. It is essential that what you tell the other person is correct, so careful observation is needed on your part. Be Brief – don’t ramble on. Then speak Clearly. Diction is important but even more so is the need to get the message across so that it can be understood.

Time went by and in 1966 I moved to Weston-super-Mare. Finances improved and we bought a boat and thus began my interest in sailing though the finances did not stretch to the purchase of a radio for the boat. Yes, in those days, many young people trying to get into the sailing scene could not afford such ‘luxuries’ so we went out into the Channel, were very careful, and learnt how to avoid situations where a radio would be a life saver. Generations of sailors had done it before, so why shouldn’t we. That attitude now would get you drummed out of the Yacht Club. 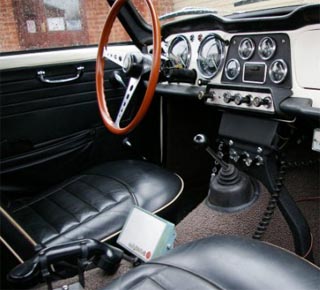 Meanwhile on the Police front officers were issued with personal radios, state of the art, but still primitive by today’s standards. The area abounded with ‘black spots’ where there was no reception, go indoors and you were lost to the world, and towards the end of your shift the battery would be going so you got fainter and fainter.

In 1975 I moved to Bristol and was put in charge of Avon and Somerset’s Communications Department – and a terrible job that was. Talking to my opposite numbers across the country I soon learned a fact of life. When things go wrong in Police circles (and, no doubt, Fire, Ambulance and Military) your first line of defence is to blame the communications. Probably once a week I had an irate Chief Superintendent climbing down the ‘phone consigning me, my Department and all my equipment to perdition.

But again I learnt. We recorded call radio transmissions and listened to them in order to defend myself and my staff. They were professional radio operators and worked to a high standard but P.C. Blogs was not. I was reminded again of ‘A’, ‘B’ and ‘C’. To hear what was actually said by policemen on the radio was an education.

Not what they thought they said but what they did say. Information could be wrongly understood because it was ambiguous, or because some officers rambled on and lost their thread or, worse still, voices were allowed to drop until they could hardly be heard. That encourages the listener to guess at what was said. If the information is not delivered so that it can be understood correctly you might just as well give up and go home.

While at Bristol we finally managed to buy a radio for our boat and I was introduced to the world of the Coastguard. These men and women are the true professionals of radio and, be you off Falmouth, Oban or County Clare you can be sure that the message is unmistakable, no room for doubt, all questions properly asked, all instructions clear. All this delivered with patience and understanding, even when the other operator is a child, panicked wife or panicked husband. 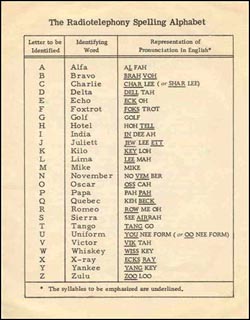 All this is why we take so much time over the training of our Watchkeepers and no one is allowed to ‘go solo’ until they have the required Radio Certificates. This includes how to actually operate the radio, the NATO alphabet and the correct radio verbiage. The idea of this last is that every radio operator in the world uses the same set phrases to cover set needs i.e. if a word is difficult to understand it can be spelt and the operator will say first ‘I spell….’ and then follows the correct spelling.

Although we have a radio in our Lookout in the normal run of things our Watchkeepers can only use it to listen and receive. This is an odd anomaly brought about by OFFCOM the Government body which regulates radio use in this country. Even though our Watchkeepers will all have a radio certificate allowing them to operate the radio OFFCOM decrees that we may not transmit direct on any Channel except Channel 65 which is dedicated to National Coastwatch.

Even then we are only allowed to transmit certain things, mainly local information. The problem is that, in our particular area, hardly any yachtsman is likely to call us up and ask us a question within the bounds of what we can answer. Channels 16 and 0 are the usual emergency channels and, while it is true that in a matter of life and death any person may use a radio, most of the times we would wish to transmit would be to contact the Coastguard, Cliff Rescue or Lifeboat, or, perhaps, to speak to a yachtsman who might be ‘standing into danger’.

OFFCOM decrees that if the need arises for us to speak to any of these we must use our ordinary telephone. So we call the Coastguard and if they decide we need to speak to the Lifeboat direct then they bring into being something called ‘Call Connect’. To do this they throw a couple of switches in their Station and connect our telephone to their radio so what we say into our ‘phone reaches the Lifeboat by radio.

To my simple mind that is a complicated way of doing things but that is what the Powers That Be in London decree. To be fair I do not think that this is wished upon us by the Coastguard as a couple of years ago it was my task to be the Watchkeeper for our Declared Facility Status test which we undergo each year to ensure that we ‘are fit for purpose’. Present also was a senior officer from Falmouth and he decided that the exercise should be conducted direct on radio only. 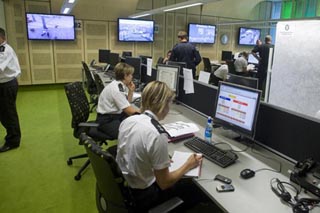 This does not cut out the Falmouth Station as they will be able to monitor what was said. The whole thing went off very smoothly and I was able to not only talk direct to the Coxswain but, having set her on her course, keep up encouraging comments as she piloted the RHIB on the course I had given. There is nothing worse for a helmsman given a course to steer than for the radio to then go silent.

The doubt is bound to enter their mind ‘Has the radio gone duff? Am I still going the right way?’. What the helmsman needs is frequent small comments like, ‘That’s fine – keep going’ and ‘Keep on that course.’ – anything to let him know that you are alive and well and the radio is still working.

This DFS passed off successfully and everyone was happy. Radio is a wonderful thing. Imagine what it would have been like in Nelson’s navy. Our Watchkeeper would have been stood on the cliff top doing it all by flags, waving arms and shouting. Not really the same thing.