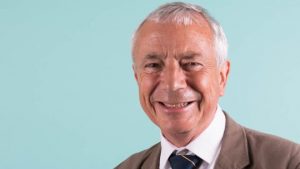 Bob Egerton, Councillor for Probus for 11 years, has resigned from Cornwall Council’s cabinet claiming an investigation into a worker’s injury was badly mishandled.

He said the employee of council construction company Cormac suffered a head injury at work in December 2016, adding that he did not blame Cormac for the injury but the subsequent investigation into it had been seriously flawed.  No legal action has been taken against Cormac by the Health and Safety Executive (HSE).

In a statement, Bob said “On 9 March 2020, I presented a report to my Cabinet colleagues and I asked them to instruct the chief executive to put this matter right. The Leader (Julian German) has had conversations with the chief executive but she has point blank refused to do anything about it. We are now at an impasse and I cannot continue to serve in a Cabinet that is not prepared to take the appropriate action. That is why I have resigned.”

Julian German, Cornwall Council’s leader, said there was no evidence of any negligence by Kate Kennally, the authority’s chief executive.

The full statement and supporting documentation can be found on Bob Egerton’s website.