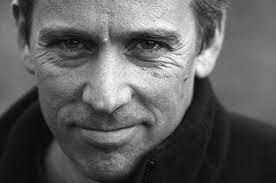 It’s very difficult to get an interview with Jasper Fforde, but I met up with him briefly at the launch of his latest book ‘The Woman Who Died A Lot’

The good news is that once he begins talking there’s no need to do anything other than listen. The bad news is that it is nearly impossible to recall it later in anything like a coherent form.

He has sold over two million books and calculates that one in every thousand people must be reading them (it’s worth stating that he may be better at writing than he is at arithmetic).

A born raconteur, Jasper started by setting out what has changed in the past 10 years, recalling a time when “books were only available on paper and people were cleverer than their phones”. And what hasn’t changed, “my website, now a museum piece, although it does use the time-honoured mouse click method to magically whisk you to a mystical land of astonishment and wonder.”

His latest novel, ‘The Woman Who Died A Lot’ was originally going to be called ‘Dark Reading Matter’ but was renamed “owing to the lack of dark reading matter in it and the fact that the woman dies a lot. It is a follow up story about Swindon based Thursday Next, semi retired librarian and mother. It has four plot threads for the price of three.” Why Swindon? “Why not? It’s the jewel on the M4.” 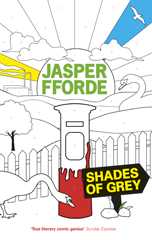 Talking of his previous book, “Shades of Grey” (reviewed for Roseland online in 2009), Jasper said he was pleased to report “a large increase in the number of hits to my website as a result of publicity for a more recent book with a very different subject matter, which I hope will lead to a large spike in sales of my book by readers who haven’t noticed the lack of a number in the title.”

In response to his invitation to ask questions “out of left field”, I queried whether, given his fixation with Swindon, he had any plans to move his stories further west to Cornwall. He hinted that what had previously been thought of as clay pits, might in fact be the result of asteroids or general smoting (both favourite topics of his), saying “you heard it here first”. Touching briefly on the subject of scones (see ‘Shades of Grey’) he sought views on cream or jam first, before diverting to possible independence for Wales, “due any moment, but I haven’t told anyone yet.” 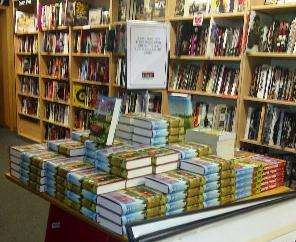 In another change of direction, he related the story of a visit to Mexico. “In a restaurant I was offered a typical Mexican dish and, not understanding the menu, just said yes. When it arrived it was a Cornish pasty. I discovered that the area was a centre of silver mining and had attracted many Cornish miners to work in what was then a booming industry. They brought familiar food with them as well as their skills.”

His current craze is for odd phrases which mean something else, for example “Do you want instant coffee? Was it there? No.” In the unlikely event that his writing career stalls, he certainly has a future as a stand-up comedian.

So where does he write? “In Wales. Sitting down. I don’t have a plan, so I can plan for the lack of a plan and I can leave bits in one book to pick up in a later one. I write series of books because I don’t know how to end them. My motto is ‘write what you can imagine, not what you know.” So that’s clear then. What’s next? “I have a three book deal with my publishers, to include a prequel to ‘Shades of Grey’ and another Dragonslayer book (his series for children/young adults).”

Jasper is currently working on a rebranding of the ‘Toast Marketing Board’ possibly to ‘Yo! Toast!”