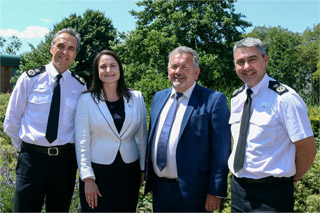 The abridged version of the full business case for the proposed merger of Devon & Cornwall Police and Dorset Police is being made available to staff and the public to allow greater scrutiny and transparency.

Both chief constables and PCCs agreed the business case, but have not reached a unanimous decision about whether to submit it to the Home Office.

A final decision will be made on Monday 8 October after both Police and Crime Panel meetings, which are taking place within the next 10 days.

Both chief constables and PCCs would like to thank everyone who has taken part in the engagement and provided feedback.