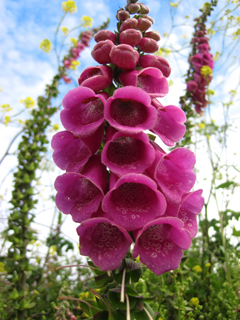 One of the joys of getting up really early to go out on RSPB surveying work is that no other humans are about, and the air is filled with the sounds of other living beings. It makes me smile. I have mother nature all to myself. I am sharing her with no-one else. Some people find it hard to be on their own in the countryside without anyone else to talk to, but I relish this experience.

It’s a never-ending source of wonder that the natural world is, at 5am on a summer’s morning, at full volume while most humans still slumber. It’s a magical experience, looking and listening for living things to emerge and go about their daily lives. Here, the purr of soft feathered wings flitting through a hedgrow; and here, tiny avian voices calling covertly among the foliage like furtive fairies; there, buzzing bumblebees lazily browsing on the floral jewels that draw in butterflies, hoverflies and other insect pollinators. 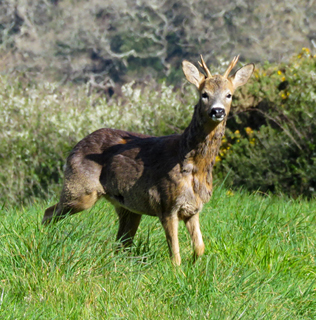 If you’re lucky (and your footfall is carefully muffled), a fox, badger, or even deer may cross your path without seeing you before you see them. Keeping perfectly quiet is quite a challenge, especially in wet weather gear that shushes with every step, announcing one’s presence. Consequently we naturalists do a lot of standing still, just watching, listening, and waiting, in a kind of meditative state. It’s not for the impatient. However, the sense of peace and calm it can bring is balm for a stressed spirit, especially when you are rewarded with a special view of an animal. I urge you to try it. 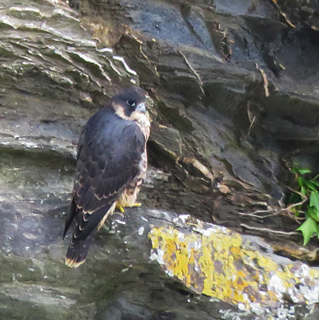 A lot of patient watching and waiting has been been carried out once again this year, in respect of our peregrine falcon (Falco peregrinus) chicks at St Anthony Head. They fledged on or around the 20th June and can be seen at times, perching on the cliffside, still be attended to by their parents. Favourite food prey includes pigeon (Columbidae) species and jackdaws (Corvus monedula). Parents and young are very vocal, always making contact calls to one another. Best views of these amazing birds are from the bird hide at St Anthony Head, when individuals are perched on the cliff opposite not far from the nest site; they can also be viewed from the coast path where it looks down on the bird hide to the north, when birds are perching on rocky outcrops on that side.

Some distance away from St Anthony, near Nare Head, more watching and waiting has been carried out in respect of our young chough (Pyrrhocorax pyrrhocorax) pair. It was surprising enough for the year-old female to build a nest, then produce eggs, which actually hatched. Now the chicks, which have been ringed by a team especially entrusted to carry out the task, are about to fledge – probably have by the time this blog goes out. The hopes for a chough colony to become established here in the Roseland have much increased. It would be something very special indeed. 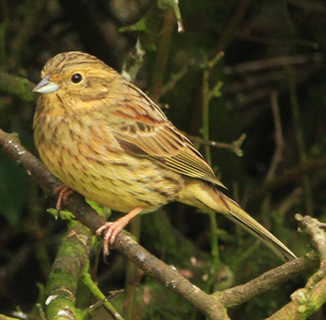 Despite working with less volunteers and reduced monitoring effort, the 2016 cirl territory count looks set to exceed the total pair count of 52 in 2015. Already we have established that there are 57 territories (not necessarily pairs yet) and we are still adding. The population is possibly, at last, expanding northwards, with a brand new territory discovered at Tregaire. And after a few years of total absence, birds have apparently re-established at Rosevine. In my own garden in Gerrans I have two pairs visiting my feed station, and hope to hear the voices of visiting fledglings calling their busy parents soon.

There has been a number of sightings in Gerrans Bay and the Fal estuary of large pods of Common dolphins. In mid June a very large group of 30 or more was seen not far off Portscatho. This seems to be becoming a regular occurrence, year on year, looking back at recent observational history. They may well continue to to be visible well into July.

And then there were Orca! Yes, apparently Orca have been seen in the seas around the Roseland. At first it was thought that Risso’s dolphins had been seen and mistaken for Orca, especially as Risso’s have been recorded here on numerous occasions in recent weeks. However, the orca observations have apparently been confirmed with photographic evidence.

Things to do for Nature this month in the Roseland 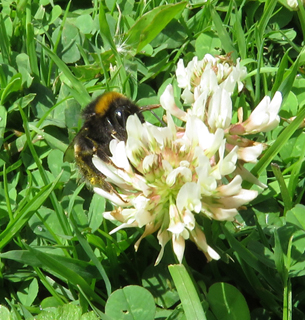 Help our favourite pollinators by being less particular about mowing the grass. Let some of the clovers and other short weeds flower if you can bear it; leave some areas unmown and watch the bees as they actively forage for nectar and pollen. Flowers of the pea family are especially valuable to bees at this time of the year. Moreover, pea plants help to fix nitrogen in the soil, which can help to provide nutrients to other plants.

This is a very productive time of the year. Already I’ve had one or two inquiries from concerned people who have found an apparently abandoned chick or fledgling looking in need of help and protection. Firstly, the likelihood is that the animal does not need your help and has left the nest as part of the natural fledging process. It is then a matter for serendipity to dictate whether or not that individual becomes a meal to a predator, or has inherited sufficient genetic nouse to hide itself effectively. 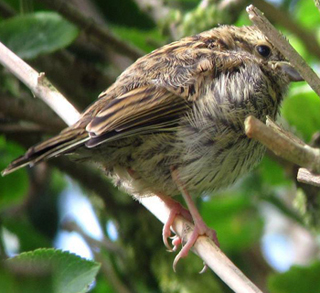 This sounds harsh, but it is the way that nature and evolution works and we must respect that. Nature is not sentimental. Natural selection is dictated by the ability of individuals to survive effectively. Secondly, chicks that have left a nest too early may have reacted to a predator visit causing a brood to burst out as a survival technique. Vocal contact with parents will help to ensure that young continue to be fed, but of course their chances of survival are significantly reduced.

Despite this, human intervention is not generally advisable. If the animal seems to be in immediate danger from predation, then brief help to move them out of danger safely is all you should do. You should not normally try to hand rear chicks. Small avian species react poorly to captivity and usually die, so keeping them in a box is no help. Larger ones, such as corvids, raptors, gulls and similar can respond positively to hospitalisation, depending on their condition and their attitude to being held captive.

It’s useful to remind readers that the Royal Society for the Protection of Birds (RSPB) is a conservation organization and does not hospitalise or look after sick and injured birds. This is a matter for independent local wildlife sanctuaries first and foremost. The RSPCA may be able to help as a second option, but they are more likely to euthenase than hospitalise, depending on the centre. Local veterinary services will sometimes take in sick and injured wildlife that has a good chance of survival but again, they would probably refer patients to local sanctuaries or opt to euthenase. Despite our caring instincts, it’s usually best and kindest to leave things just as they are.